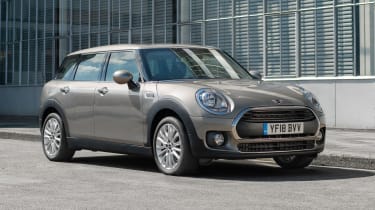 MINI has released the new Clubman City: a new entry-level trim for the Clubman line-up. Aimed at fleet users, it introduces new engines to the compact estate’s line-up which are designed to deliver Benefit In Kind-friendly CO2 emissions figures.

Engine choices include a pair of 1.5-litre three-cylinder engines - one petrol, one diesel. The petrol produces 101bhp and 190Nm of torque, and is available with a choice of a manual or automatic gearbox. It’ll cover the 0-62mph dash in 11.3 seconds with the auto following three tenths behind.

The diesel, known as the One D Clubman City, is automatic only, and more potent than the petrol, making 114bhp and 270Nm. As a result, it accelerates from 0-62mph in 10.8 seconds. 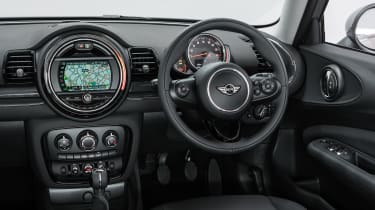 Both engines are designed to be emissions friendly. The One D City achieves 68.9mpg and emissions of 109g/km, while the petrol achieves 48.7mpg and 131g/km as a manual, and 49.6mpg and 130g/km when combined with the auto.

The new figures come as part of MINI’s confirmation that all models in its range are compliant with the latest, most stringent WLTP fuel consumption standards. All models sold in the UK from July 2018 pass the new testing regime, with MINI stating that on average, the new tests have increased CO2 emissions by 5g/km across its range.

All Clubman City models are equipped with 16-inch alloy wheels as standard, though 17-inch designs are available as options. Elsewhere, the Clubman City’s standard kit list includes a 6.5-inch touchscreen with satellite navigation and Apple CarPlay (but no Android Auto), rear parking sensors and cruise control.

The Clubman City is available to order from 1 August, with prices starting from £19,995 for the petrol manual. The automatic version of the petrol adds £1,560 to that figure, while the diesel costs £23,855.

Check out the best low emissions green cars on sale…