Nissan Taxi plans could be brought back to life 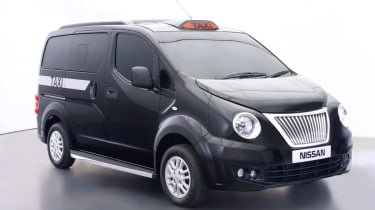 Nissan’s plans to launch an all-electric Taxi based on its NV200 van could be brought back to life, according to Nissan Europe Chairman Paul Willcox.

Back in 2013, Nissan developed a specific version of the NV200 to meet the stringent London taxi cab regulations, but the project was postponed in 2014. Now it seems the prospect of an all-electric Nissan taxi could be back on the agenda.

Speaking at the announcement of a battery upgrade for its e-NV200 van, Willcox told Auto Express. “The issue was that the cost of development was quite high. We were committed to do something if we had the opportunity to be clear in what we needed to do to take that market – the market isn’t massive. We didn’t think it was financially viable to do that.” 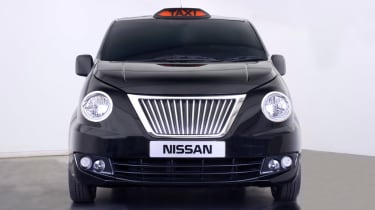 However, asked if it was a dead project, Willcox responded: ‘It’s not completely dead. We’d always consider it.”

The prospect of seeing Nissan electric taxis on the streets of major cities like London is down to policy makers, with Willcox telling us, “It depends on the appetite for electrification on taxis.

“If there’s a clear commitment [towards electrification] then of course, but we can’t do it on half promises – it has to be on policy.”

Nissan unveiled a second generation of its e-NV200 van at its Nissan Futures 3.0 event in Oslo, Norway. With an upgraded 40kWh battery, the plug-in commercial vehicle can now boast an official range of 174 miles – an increase of 60 per cent over the original e-NV200 that was launched in 2013.

Would you like to see the Nissan Taxi on the streets of London? Let us know in the comments section below...