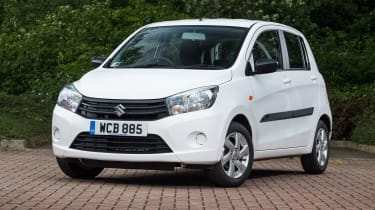 Suzuki has announced a new special edition of its Celerio city car. The City edition goes up against the Skoda Citigo and Kia Picanto, is limted to 500 units, and starts from £7,499.

The Celerio City is based on the slightly cheaper SZ2 model, which comes as standard with a DAB radio, six airbags, driver’s seat height adjustment, and central locking. On top of that, the City brings alloy wheels, rear parking sensors, black side mouldings, black B pillar trims and City edition badging. It therefore bridges the gap between the SZ2 and the pricier SZ3 model. 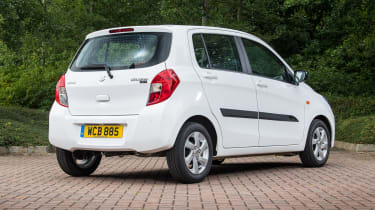 With Suzuki’s £500 reduction campaign in place until 30th September, the Celerio City starts at £7,499 - £500 more than SZ2 spec. Suzuki’s current Personal Contract Purchase (PCP) offer also ends at the end of September, meaning a Celerio City can be had for £85 a month on a 48 month deal with a £2,044 initial deposit.

Like the look of the new Suzuki Celerio City? Let us know in the comments section below...