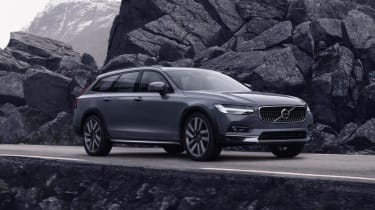 Volvo's flagship S90 and V90 estate have been updated for 2020 with a light cosmetic overhaul and the addition of a full range of 48-volt mild-hybrid powertrains.

Thanks to the availability of the new mild-hybrid engines, the Swedish car-maker says that emissions and fuel consumption for the cars have been slashed by up to 15 per cent in real-world driving.

Already available in the XC90 SUV range, Volvo's mild-hybrid tech consists of a 48-volt battery that's paired up with an integrated starter/generator and an energy recovery system that claws back energy under braking to charge the battery. The same fuel-saving mild-hybrid tech is also offered on the V90 Cross Country too. 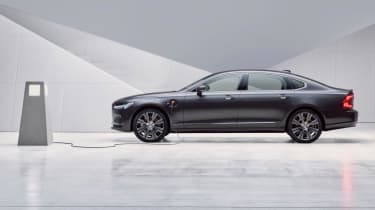 All the standard S90 and V90 engines will receive the mild-hybrid technology, with the petrol T4, T5 and T6 set to be electrified and renamed the B4, B5 and B6 respectively when the refreshed versions go on sale. Confusingly, once the mild-hybrid diesels are available in the range towards the end of this year, the existing D4 and D5 will also be renamed the B4 and B5 diesels.

As part of the mid-life tweaks, designers have given both the S90 and V90 a facelift. This has included redesigning both cars' front bumpers, adding new foglamps and, on the V90, introducing a pair of new LED tail lamps. New paint options and fresh wheel designs are also now available.

Inside, the high-end wool blend XC90 seats that were brought in last year are now offered on the S90 and V90 along with another new non-leather vegan seat option. Both saloon and estate now come with double USB-C charging points in the rear that replace the old car's 12-volt outlet. Wireless phone charging is another new addition. 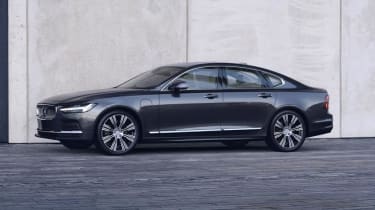 For those who live in polluted cities, Volvo has also decided to roll out its Advanced Air Cleaner climate control that was originally developed for the Chinese market. According to engineers who created it, the system automatically monitors in-car air quality and can filter all harmful air particles from a cabin within just a few minutes.

Finally, for audiophiles, Volvo has introduced a new premium Bowes & Wilkins sound system that harnesses the power of a new amplifier and new noise cancellation tech.

Prices for the revised S90 and V90 have yet to be confirmed but the cars should be available for delivery from around June this year.

Are you glad to see mild-hybrid power expanding across the Volvo range? let us know your thoughts in the comment below...