The Volvo V90 isn't the biggest executive estate on sale, but what it lacks in volume it makes up for with style and comfort

Volvo's latest V90 estate is no longer the stand out choice if you want the maximum amount of boot space. While that's a shame, it has plenty to recommend it otherwise. It's practical enough and crammed with useful features, while its versatility combines with an eye-catching design, a classy and minimalist cabin and a relaxed driving experience.

With the emphasis on comfort, the V90 is largely a pleasure on the road - as long as you don't expect handling to rival the class best. Despite the lack of any six cylinder engine options, the punchy and refined diesels are a great choice, while attractive pricing, a long list of standard equipment and wallet-friendly running costs mean it's a serious class contender.

The V90 shares chassis parts and engines with the excellent XC90 SUV, and the S90 saloon. It reflects Volvo’s different approach to premium big cars, with relatively small-capacity four-cylinder, turbocharged petrol and diesel engines instead of a big V6. There's even a rugged Cross Country version with enough off-road ability to make a five-seat SUV largely redundant.

The real strengths of the V90 are its cabin and cruising refinement. The interior is roomy enough for four adults and superbly finished, with a clean, uncluttered fascia that’s easy to use. And on the move, the D5 diesel engine is a refined cruiser, even when you’re pushing along at motorway speeds.

Volvo has a long history of producing big, practical estate cars, but the latest V90 sacrifies ultimate carrying capacity in favour of comfort and upmarket style. That's not to say it's tight in the back like the older V50 and V60 models, but with 560 litres available in five-seat mode, it's not quite as big as rivals such as the BMW 5 Series Touring or vast Mercedes E-Class Estate.

Still, what the V90 lacks in load volume it more than makes up for with stylish looks. The striking lines are an evolution of the S90 saloon, and there's some of the XC90 SUV in its make-up, too. That also applies to the V90's running gear, as it also uses the same platform, running gear and electronics as these two. As a result, the V90 has a host of advanced technology on board, including a suite of advanced safety tech.

The V90 engine range consists purely of 2.0-litre four-cylinder units, in petrol, diesel and plug-in hybrid forms. The petrol range comprises the T4 190 and T5 250, while a T6 320 is only available in the high-riding V90 Cross Country. For diesel power, there's the D4 190 and D5 Power Pulse 235, while the most powerful model in the range is the T8 Power Pulse petrol-electric plug-in hybrid, which has 320bhp and a 0-62mph time of 4.8 seconds.

There are three basic trim levels on offer: Momentum, R-Design and Inscription. Even Momentum cars are well equipped, while R-Design adds a sporty look, and Inscription is positively luxurious. In addition, there are Ocean Race special editions on offer that add extra kit and are tired in with Volvo's yacht racing sponsorship, while the V90 Cross Country is a high-riding variant that rivals the Audi A6 Allroad and Mercedes E-Class All-Terrain. 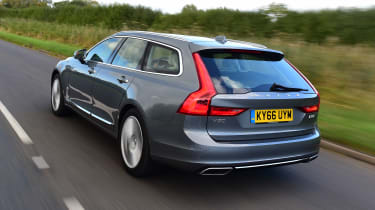 As well as BMW and Mercedes estates, the V90 also challenges cars like the Audi A6 Avant and Jaguar XF Sportbrake. Prices start from around £37,500, but only the entry-level petrol and diesel models scrape in under the £40k barrier for £140 annual road tax. The plug-in hybrid models are pretty expensive, weighing in at around £60,000, although if you keep the battery charged up, you'll save hundreds in petrol costs.

The V90 is the latest in a long line of family estates that have gone increasingly upmarket. Family-friendly models like the original Amazon, 140 and 240 models. The 850 introduced front-wheel drive to the estate mix in the 1990s, while the V70 moved further upmarket for each of its two generations before the V90 replaced it in 2016.

For an alternative review of the latest Volvo V90 Estate visit our sister site carbuyer.co.uk 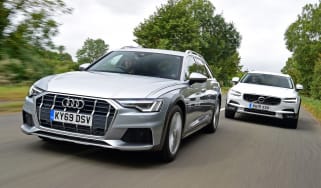 Pumped-up AWD estates offer an alternative to SUVs, but is the Audi A6 Allroad or Volvo V90 Cross Country the pick of the bunch?
Volvo S90, V90 and XC90 lineups gain T5 petrol engine 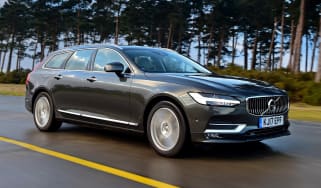 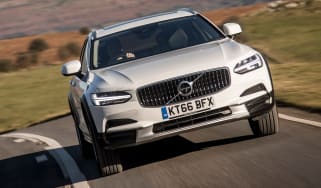 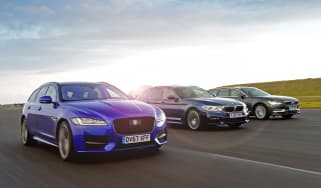 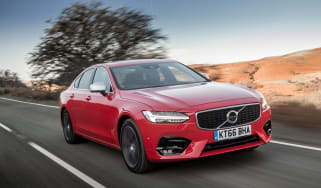 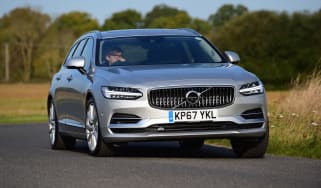 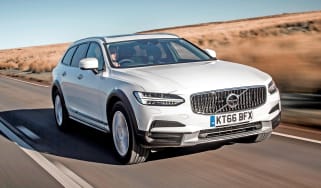 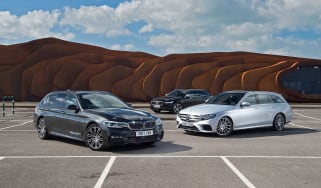 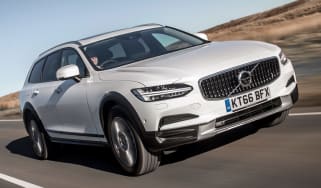 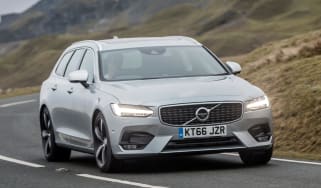 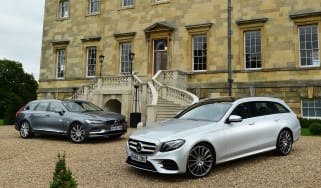 Mercedes and Volvo both have strong load-lugging legacies to build on, but can the stylish new E-Class Estate see off the V90?
New Volvo V90 Cross Country toughens up the V90 estate 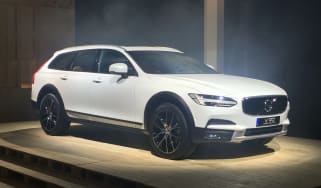 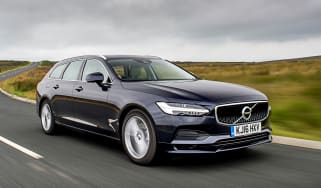 The Volvo V90 has already impressed us with its classy cabin and refined drive, but how does the higher-powered D5 diesel fare on UK roads?
Volvo V90 vs Audi A6 Avant 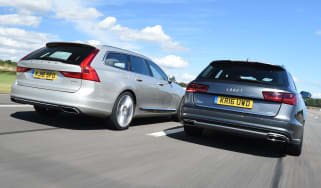 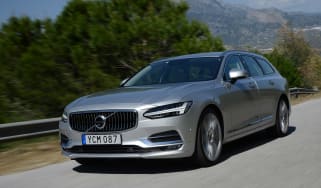 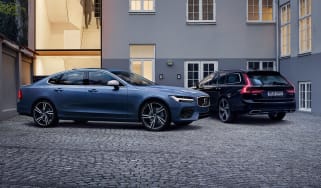 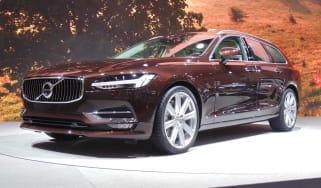 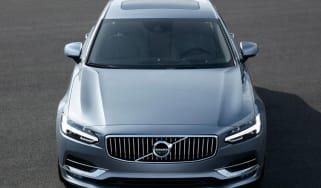