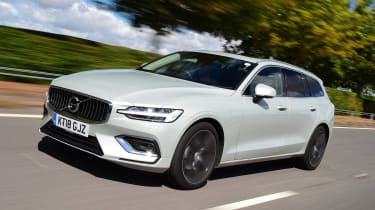 Where the others focus on driver appeal, the V60 offers a more comfort-orientated approach. It rides well, even on larger 19-inch wheels, and the laminated side glass found on top-spec Inscription models boosts refinement no end.

Inside, there’s the typical Swedish laid-back approach with comfortable seats, lots of space in the rear seats and boot, and an easy-to-use 9-inch touchscreen that dominates the dash. The cabin design is brighter than in German rivals, and although quality is impressive, it’s not quite up to the latest Audi standards.

Volvo is famous for its estate cars, and the new V60 is aiming to uphold a tradition established by cars like the 240 and 850 by being one of the most practical and family cars on sale. And to prove that Volvo is serious about its commitment to the estate concept, it launched the V60 in 2018 well ahead of its S60 saloon counterpart which arrived in 2019.

This is the second generation V60, and it's a rival to the Audi A4 Avant, BMW 3 Series Touring and Mercedes C-Class Estate. That's all of the rivals the V60 has, because there aren't estate variants of other compact executive saloons such as the Alfa Romeo Giulia, Jaguar XE and Lexus IS. Although obviously there's nothing stopping you choosing a V60 over any of these, unless you really hate estates.

The Volvo V60 makes a strong case for itself in two ways - it uses the same running gear as other Volvos such as the XC90, XC60 and V90 estate, plus it has the biggest boot of any model in the compact executive estate class, at 529 litres. Add in a stylish interior packed with tech, and it's clear why we awarded it commendations in our 2018 and 2019 New Car Awards. 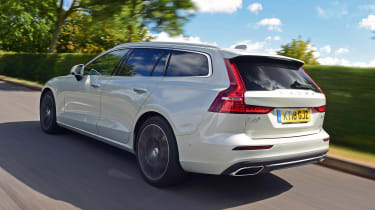 Prices for the V60 start from around £34,000 and rise to just over £51,000, which is more or less on a par with rivals. The line-up comprises Momentum, R-Design, Inscription, Polestar and Cross Country trims. Entry-level Momentum Plus cars are very well equipped, R-Design adds a sporty edge to the car's looks, while Inscription is the plush, luxury model. The Polestar Engineered T8 petrol plug-in hybrid versions offer a blend of performance and efficiency, with the Cross-Country AWD models providing 60mm of extra ground clearance and some limited off-road ability.

For those with a focus on efficiency, Volvo also offers the T6 (335bhp) and T8 (395bhp) plug-in hybrid versions.

All V60 versions have an eight-speed auto transmission, with the plug-in hybrid, B6 and Cross Country variants offered with four-wheel-drive.

For an alternative review of the latest Volvo V60 Estate visit our sister site carbuyer.co.uk 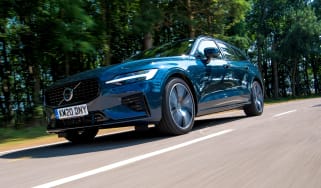 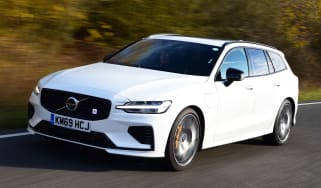 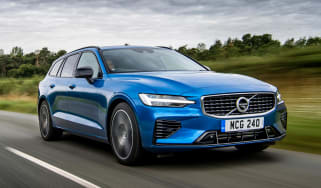 The new Volvo V60 T8 Twin Engine is currently the most powerful model in the V60 range with almost 400bhp, but what's it like to drive?
BMW, Ford, Mercedes and Volvo to share live road safety data car-to-car 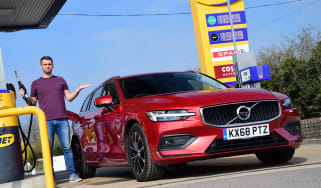 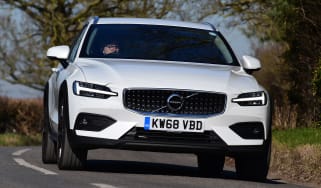 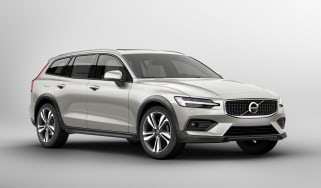 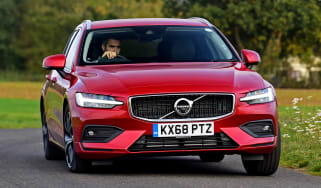 We've been impressed by the new Volvo V60 D4 on UK roads, but is the cheaper D3 even better? We find out...
New Volvo V60 R-Design trim released 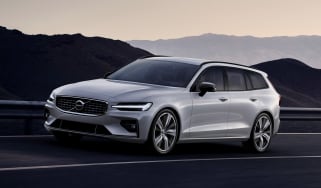 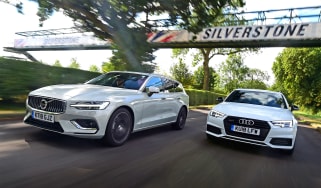 The new Volvo V60 harks back to the brand’s estate estate car roots. We pitch it against the Audi A4 Avant
New Volvo V60 2018 review 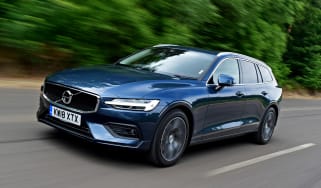 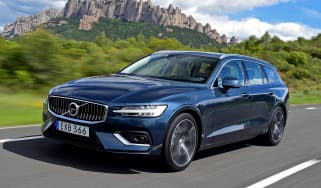 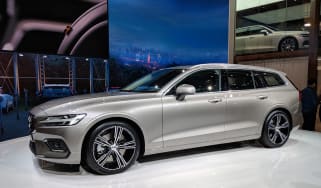 First deliveries of the stylish new V60 estate are due in the third quarter of 2018, with prices from £31,810
Used Volvo V60 review 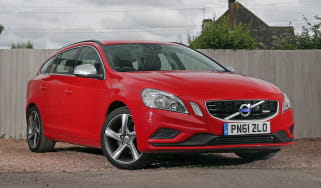 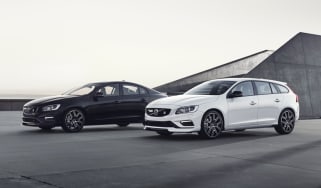 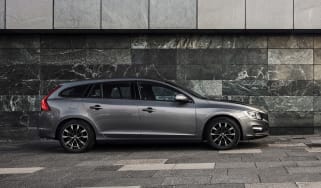 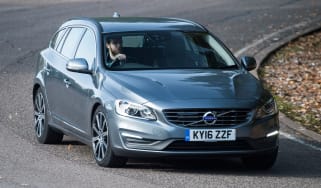 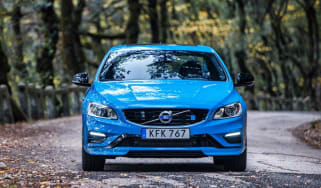 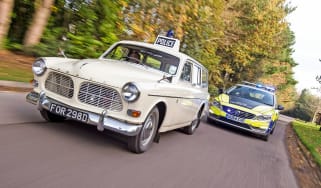