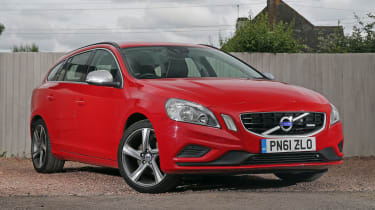 The V60 isn’t the obvious choice if you’re after a load-lugger, despite Volvo’s heritage. But don’t let its low profile put you off; this smart-looking estate has plenty to offer. It comes with a wide range of excellent engines, including a super-frugal diesel-electric hybrid, and it’s very well made. Reliability can be disappointing and its practicality is compromised, but the Volvo is every bit as safe as you’d expect and it’s well equipped. Plus, the V60 is more affordable than many of its key rivals. If you’re tempted, choose carefully; the combination of engine, gearbox and suspension you go for makes a big difference to the ownership and driving experience.

Volvo was one of the first car makers to introduce a production estate. That was way back in 1953 with the arrival of the Duett, and since then the company has become legendary for its load-luggers.

Most of those were big and boxy, putting carrying capacity ahead of style, so when the V60 arrived in 2010 it was a breath of fresh air. At last, here was a sleek and stylish Volvo estate – much more so than the rather ordinary German alternatives.

Some thought Volvo had gone too far the other way and made an estate that put form before function; but if ultimate practicality isn’t essential the V60 is very appealing. 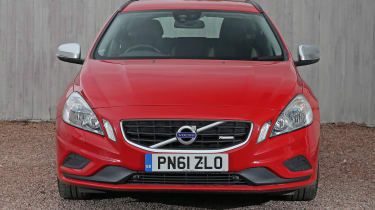 From summer 2013 the T6 and D4 came with an eight-speed auto in place of the six-speed unit; it’s slicker and more efficient. We’d go for the 2.0-litre D4 engine from autumn 2013, for its efficiency and power. 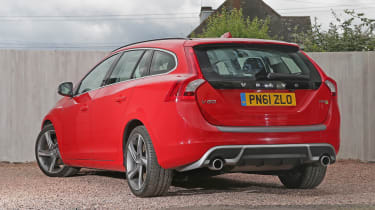 Alternatives to the Volvo V60 Mk1

V60 alternatives start with the Mazda 6, which is great to drive, well equipped and looks good, too. However, the most obvious rivals are from Germany.

The Audi A4, Mercedes C-Class and BMW 3 Series are plentiful and have strong, efficient engines. The latter two are rear-wheel drive; the Audi is front-wheel drive, like the V60, although some versions have four-wheel drive, as with the 3 Series. 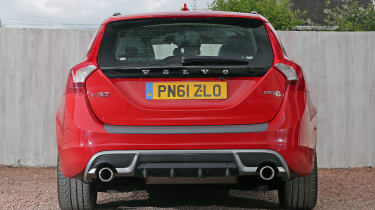 Excellent build quality comes as standard with the German trio, but prices tend to be higher than for the Volvo because of their premium status. Don’t overlook the VW Passat, which has very good engines and a superb interior, and is widely available.

The busy dash is well laid out, but it’s not always easy to find the button you’re after. Some of the menus on the infotainment aren’t very intuitive, either.

Rear visibility is an issue, which is why you need parking sensors. But not all V60s come with them as standard, so check the rear bumper for scrapes.

Some of the more powerful models can struggle to get the power down, so check the front tyres for wear; new rubber is needed on a regular basis.

Access to the load bay is poor because of the small tailgate. So while the V60 may look great, the car isn’t actually all that practical if you regularly use the boot. 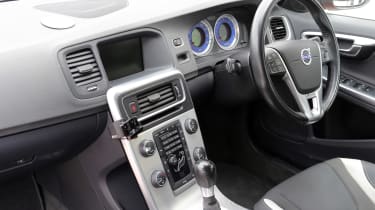 The seats are some of the best fitted to any family car and the cabin feels well put together. But the dashboard is confusing because of its busy centre console. Load space isn’t great for an estate; with the rear seats in use it’ll stow 430 litres and when they’re folded this rises to just 1,241 litres. 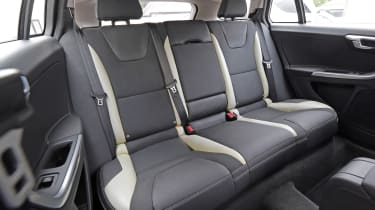 Volvo approaches recalls differently from other car manufacturers. It tends to issue more of them, with many campaigns affecting a small number of models.

As a result, the V60 has been called back 19 times, due to potential problems as diverse as an inaccurate fuel gauge, fuel, coolant and power steering leaks, brake servo failure and poorly secured interior trim panels.

Other glitches include engines stalling, airbags failing to deploy properly and seatbelts breaking in a collision.

The V60 last appeared in our Driver Power satisfaction survey in 2016, when it was 63rd, ahead of the BMW 3 Series and VW Passat. Seat comfort was ranked second.