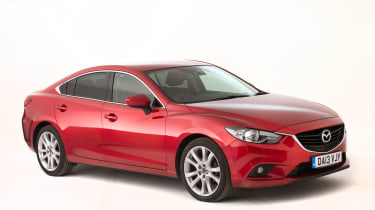 It’s no surprise the Mazda 6 has notched up so many awards, including prizes for its towing ability. Auto Express and sister website Carbuyer have both recognised the Mazda’s desirability in their respective Car of the Year awards. That’s because the 6 offers style and substance; it looks sharper than many rivals, plus it’s good to drive, spacious and comfortable. When you throw in a classy cabin, excellent quality and generous kit – even on the cheaper editions – it’s easy to see why the Mazda is such an appealing buy.

The large family saloon and estate are declining in popularity, as car buyers shift to crossovers and SUVs. Honda has already called time on the Accord, and Toyota is set to go the same way with its Avensis.

Anybody trying to sell a car in this segment has their work cut out to make an impact – especially if it’s not available as a hatchback. But while anyone buying a new family car needs to brace themselves for some hefty depreciation, if you’re after a used one, you’re quids in, not least because there are some cracking contenders available – and nowhere is this more obvious than with the multi-talented Mazda 6. 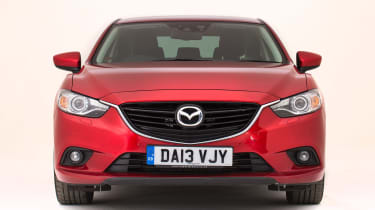 The Mazda 6 first arrived in 2002 and is now in its third generation. It is this newest model, that has been on sale since 2012, that we're looking at in this review.

The third-generation Mazda 6 went on sale in January 2013, with a choice of 2.0-litre petrol or 2.2-litre diesel engines. The former was offered in 143bhp and 163bhp forms, while the latter came with 148bhp and 173bhp. From the outset there was a saloon or Tourer estate. In November 2013 the CO2 emissions of the 148bhp diesel were cut from 108g/km to 104g/km, then in January 2015 there was a host of revisions, including a new seven-inch multimedia system and fresh safety equipment.

There were some trim-specific changes too, including new wheels and a revised grille and LED lights for some models. From November 2016, the Mazda 6 had further upgrades made to the drivetrain to improve comfort, refinement and stability.

The petrol engine is a willing unit that suits the 6, but the more muscular diesel is even better, especially in 173bhp form, whether it’s paired with a manual gearbox or an automatic. No Mazda 6 is spartan, with entry-level SE models featuring 17-inch alloys, cruise control, air-con and electric windows front and rear. Also included are Bluetooth and a touchscreen multimedia system. 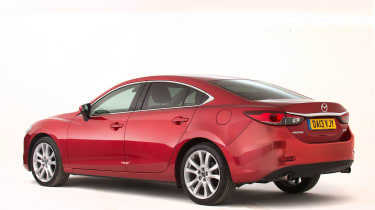 Alternatives to the Mazda 6 Mk3

The Ford Mondeo is spacious, well equipped and comfortable. It’s also plentiful, reliable and comes with some really good engines, although the most recent model doesn’t handle as well as the previous one.

The Vauxhall Insignia is also plentiful and top-value, but isn’t quite as desirable as the Mondeo. If you want value, the Peugeot 508 should be on your list, but if you’re prepared to pay extra for something more premium, the Volkswagen Passat might fit the bill. If value and reliability are more important than dynamics, the Toyota Avensis is a worthy choice. Most are well equipped and although there’s little to excite, the Avensis is better to drive than you might think.

Cars built within the first year of production could suffer from brake judder, although any examples affected should have had new discs fitted by now. 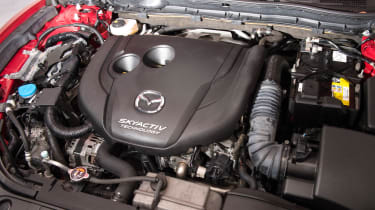 The 2.2-litre diesel engine can suffer from an erratic idle, but a software update should fix things with no damage likely to be caused.

A manufacturing fault with the air-con evaporator could lead to white powder being emitted from the air vents; a new evaporator fixes things.

The 6’s interior is as stylish as its exterior. It swathed in high-quality materials, and there’s ample head and legoom in the front, although those in the rear might struggle for headroom. Comfort is excellent but boot space isn’t so good at 483 litres; the estate can stow up to 1,632 litres. 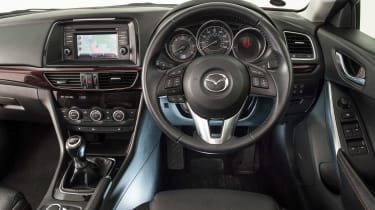 Whichever engine is fitted, all third-generation Mazda 6s need to be serviced every 12 months or 12,500 miles.

Services alternate between minor and major, which are priced at £190 and £280 respectively, although the sixth service, due at 75,000 miles, costs closer to £400 for petrol models and a hefty £1,000 for diesels; the parts alone for the latter add up to over £500. There are no cambelts to renew though, as both petrol and diesel engines are chain-driven. The brake fluid has to be renewed every two years or 25,000 miles and the coolant after 10 years or 125,000 miles, then every five years or 62,500 miles, but this is built into the service cost.

The third-generation Mazda 6 has been subject to two recalls. The 6 pioneered Mazda’s brake regeneration system, i-ELOOP, the electronics for which are located under the driver’s seat. Some cars built up to March 2013 could suffer from these electronics failing, leading to a potential fire, so were recalled in March 2013. 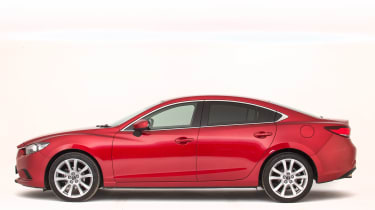 The second was in October 2014. Some 6s built between October 2013 and February 2014 could suffer from the engine refusing to restart once it had stopped.

After making its Driver Power survey debut in 2015, in 49th place, a drop to 55th in 2016 isn’t too bad. The Mazda finished inside the top 100 in every category, with mid-table results for most. This is a consistent car; the high spot is 55th for seat comfort, while the low point is 90th for running costs.