The new Volvo V60 harks back to the brand’s estate estate car roots. We pitch it against the Audi A4 Avant 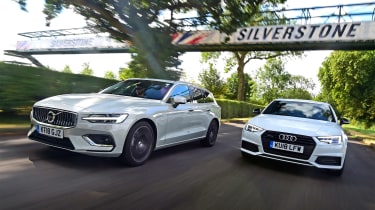 Along with safety, Volvo is known for its estate cars. While the brand might have moved into new areas with its ever-growing range of upmarket SUVs, the firm hasn’t forgotten about its core products.

The latest to join the line-up is the mid-sized premium V60 estate. This is a car that offers class, practicality, efficiency, tech and performance; an appealing package then.

But there are already a number of rival models delivering exactly this combination, and the Audi A4 Avant is a perfect example. Audi also has a long history with estates, and in this closely fought class the V60 faces a fight to overcome its German rival. 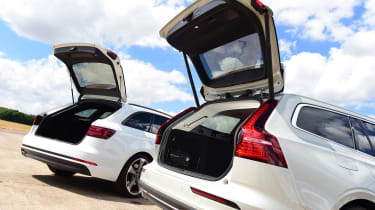 While SUVs are the niche that’s now become the norm, they’re not for everyone and family estate cars like these are generally better to drive than their higher-riding alternatives.

The victor here will have to deliver exactly this, but mix it with a useful level of usability. Let’s find out which is the stronger choice. 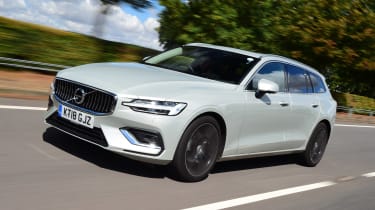 With an almost totally new product line-up that’s mainly focused on a new range of SUVs, Volvo has now turned its attention to what it’s always been known for: estates. This V60 is set to take on the likes of the Audi A4 Avant, but does it do so more convincingly? We’re testing a £40,860 V60 D4 Auto in Inscription Pro trim to find out.

Overall, the V60’s long wheelbase gives a nice, balanced feel to how the suspension responds to bumps. It smothers most surface changes, so only the harshest of ridges impact refinement. You feel the road, but the chassis doesn’t crash; it’s relaxed and matches the level of calm inside. On 19-inch wheels the V60’s ride only occasionally felt ruffled by scars in the road surface.

There’s enough agility, too. The light steering doesn’t even offer as much communication as the Audi’s, but the weight actually matches the rate of response and the steering feels free. There’s little friction and despite the comfort it offers, the chassis will grip tenaciously and for longer than you might expect. This also helps to deliver a planted, secure feeling through quicker corners, and all this combines to give a tangible sense of solidity on the move. 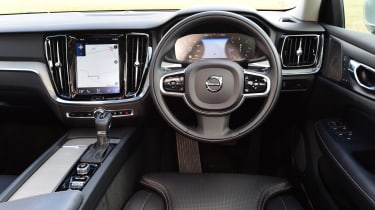 Volvo’s D4 motor and eight-speed automatic gearbox combination is a known quantity, and it works as well as ever in the V60. Despite the car’s extra mass, with one extra ratio in its gearbox to cover a similar speed range, the Volvo and the A4 Avant were equally matched at our test track. Both took 8.1 seconds to sprint from 0-60mph.

There was very little to split them for in-gear performance, too; what might be more important is refinement. The V60 is serene at low speeds. The transmission shuffles its ratios imperceptibly and the engine gently whirrs away. However, full-throttle is a different story, because the motor becomes more intrusive and the gearbox a little jerkier in its movements. It’s no worse than the A4, though.

Still, it’s the Volvo’s comfort and refinement that define the driving experience, which is strong.

Testers’ notes: “Sometimes you get a feel from a car where everything works in harmony. The V60 is exactly that kind of model and will be incredibly easy and rewarding to live with.” 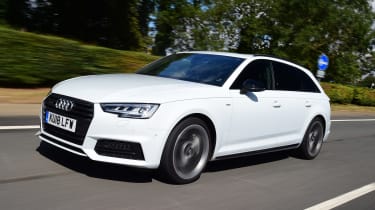 Audi’s A4 Avant will provide a tough test for the Volvo V60. The recipe is very similar, and we’re putting a top-spec £39,985 A4 Avant 2.0 TDI S tronic Black Edition (our pictures show a 3.0) up against the V60. It’ll be fine margins that separate them, but which will take the win?

The A4 Avant doesn’t seem to have the Volvo’s easy-natured approach to tackling rough ground. It’s comfortable, but even in the softest setting the dampers don’t give the Audi as light a touch on the road. The A4 lumbers a little more, but it certainly feels solid and planted; these factors mean it is the more agile car.

With more precise steering and grip, the Audi changes direction with greater alertness and agility than the Volvo. It stays flat through corners, too, but even when unloaded, this resistance to roll doesn’t make the A4 feel overly stiff. While it can’t match the V60’s level of compliance, the Avant isn’t rock solid, and it takes most roads in its stride. 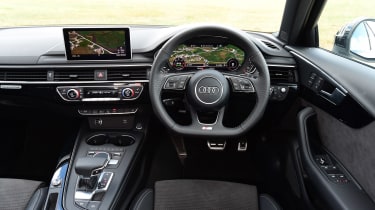 The A4’s gearbox isn’t as smooth at low speed and around town, because the clutches cutting in and out make manoeuvring a little more jerky and disjointed. Once under way, the shifts are quick and seamless.

However, there was little to split the performance of these two cars at our test track. Both accelerated from 0-60mph in 8.1 seconds, but the Audi’s sharper-shifting transmission meant it was one tenth faster from 30 to 70mph through the gears, taking 7.1 seconds. It was also a few tenths faster in the lower ratios between 30 and 50mph, but a few tenths slower in the higher gears between 50 and 70mph, with the differences between the cars’ seven and eight-speed transmissions explaining this.

As we said, fine margins will decide this battle, and when it comes to the driving experience, the Audi is slightly less comfortable and composed, but a little bit more alert and rewarding, so it will depend on which elements you value more.

Testers’ notes: “You can upgrade the A4’s fuel tank from 40 to 54 litres for free. Based on our figures, this would increase cruising range from 347 miles to 468 miles – a welcome boost if you cover big distances.” 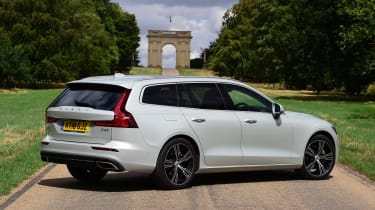 There’s little to split these two cars, but while the Volvo might cost a little more to buy and run, it’s the more comfortable, more spacious and more hi-tech model. This is what a premium family estate should deliver, and the V60 nails this convincingly. Just a few issues (it lacks some connectivity as standard, for example) hold the model back from the full five stars. 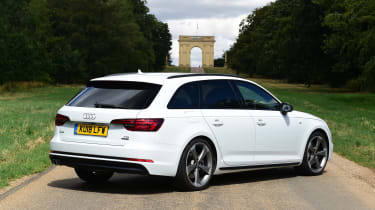 The A4 Avant is an extremely competent premium and practical family wagon. It offers lots of space, enough comfort and is the better machine to drive, while quality is easily on par with the V60. Yet it can’t quite match the Volvo for usability and much of the technology that makes it so appealing is optional, even if it will be marginally cheaper to run than the Swedish car. 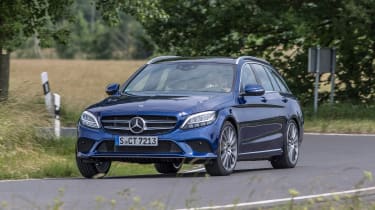 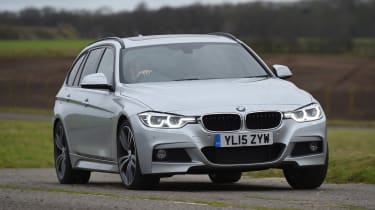 Before the new 3 Series Touring goes on sale next year, now is a great time to pick up a deal on the outgoing car. The sweet spot is 320d M Sport auto spec. It’s even better to drive than the Audi, even if it’s slightly less practical.