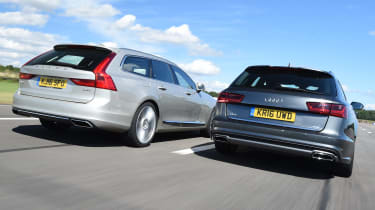 Upmarket estate cars have suffered a torrid time in recent years, with buyers deserting them in favour of premium SUVs. Yet a number of manufacturers haven’t lost faith in these classy and cavernous machines, with Volvo in particular keen to get ahead in the space race.

The Swedish company made its name in the UK with a succession of vast and robust estate cars, so it comes as no surprise that it has just pulled the covers off a load-lugging version of its new S90 executive saloon. Called the V90, the newcomer aims to bundle luxury, refinement and efficiency into a stylish, practical and family-friendly package.

The V90 isn’t short of showroom appeal, with a top-value price, sleek looks and generous kit. Can it take the estate car crown? We pitch it against the class-leading Audi A6 Avant to find out. With Jaguar’s XF Sportbrake discontinued and the new Mercedes E-Class Estate still some months away, the handsome and versatile A6 sets the standard, particularly in efficient ultra guise. So which great estate takes the spoils? 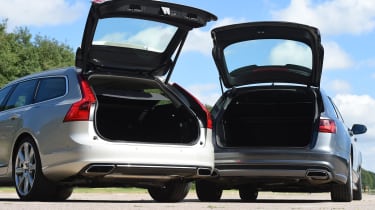 Our contenders should be the ultimate load carriers, but both have smaller boots than a Skoda Octavia hatch. Still, in isolation the V90’s 560-litre capacity is decent, trailing the A6’s by just five litres.

Both get remote folding rear seats and various handy luggage restraint systems, but Volvo has a lower load lip and a fully flat floor with the rear bench down. 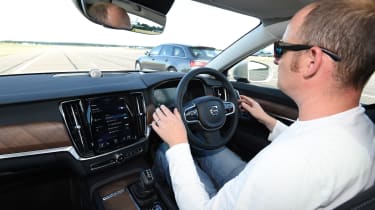 The Audi’s age is starting to show in this encounter. For instance, adaptive cruise is a hefty £3,500 option, but comes as standard on the Volvo. What’s more, the V90’s set-up features Pilot Assist, which will steer, brake and accelerate the car at speeds of up to 80mph.

V90 buyers can specify self-levelling air springs at the rear for £750, while the same system with adaptive dampers costs £1,500. Audi’s set-up is more expensive at £2,000, but brings three-mode dampers and air springs for all the wheels. 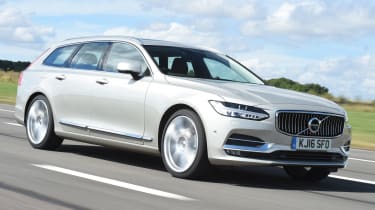 Big Volvo estate models are no longer the kings of the load, but what this V90 lacks in outright load space, it compensates for with value, style, kit and comfort. Few large estates are as good to look at or sit in as the Volvo, while its boot makes up for a lack of outright capacity with some handy touches. It’s also extremely attractively priced and comes loaded with standard kit. 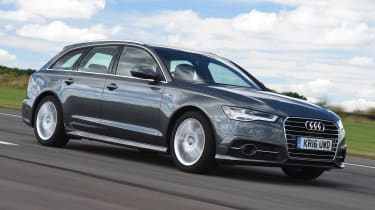 Given the Audi’s age, it does well to finish so close to the Volvo in this encounter. The A6 Avant is still impressively roomy, plus it’s beautifully built, impressively refined and slightly sharper to drive. But there’s no escaping the hefty price tag and limited standard equipment tally, while the poor ride comfort andgear ratios seal its fate here. 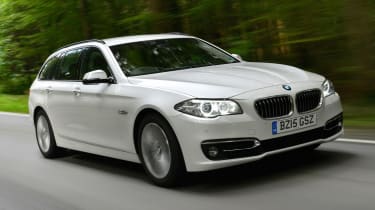 A new 5 Series will arrive next year, but the current Touring still has a lot going for it. Keen drivers will love its sharp rear-drive handling, and a split tailgate boosts practicality. The 520d is quick and frugal. 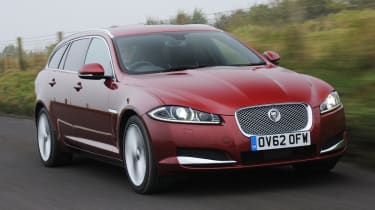 Jaguar’s Mk2 XF Sportbrake won’t be seen until next year, but there are plenty of used previous-generation cars to choose from. Our £40,000 budget will buy a V6 diesel Portfolio with delivery miles.