Spyker will build just three examples of the LM85, bringing an end to the C8 Aileron’s six years in production 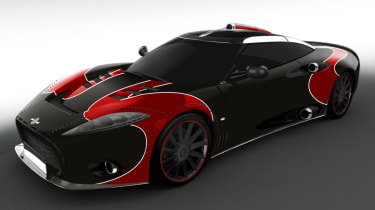 Spyker is saying farewell to its C8 Aileron sports car after six years of production. To celebrate the end of the line for the Dutch supercar, a limited edition final run of three C8 Aileron’s designated LM85 are being built.

The same Audi 4.2-litre V8 engine as found in the standard C8 Aileron will power the trio of LM85 models, but a supercharger has been added to increase output to 518bhp over the standard model’s 400bhp. This also helps the LM85 generate 600Nm of torque deployed through its choice of six-speed manual or semi-automatic gearboxes. 0-62mph takes 3.7 seconds and its top speed is 201mph.

The three final C8 Aileron’s are named LM85 in reference to Spyker’s Le Mans 24 Hours team, which ran a range of C8 variants at the gruelling 24-hour race between 2002 and 2010 with the race number 85. Subtle features of the Spyker Squadron GT racing programme are seen on the LM85, such as the added air intakes, a longer wheelbase and the two-tone design worn on Spyker C8 Le Mans racers. 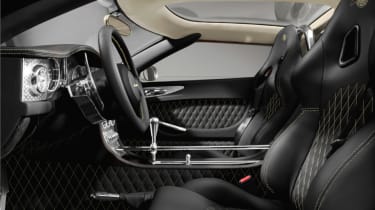 Inside, Spyker has fitted its trio of LM85s with quilted leather upholstery that matches the two-tone paint scheme of the exterior. The dashboard is made out of turned aluminium while Swiss watch manufacturer Chronoswiss makes the instrument dials. As an optional extra, the three lucky high-end customers can opt for a five-piece Louis Vuitton luggage set made exclusively for the Dutch marque.

Will you be sad to see the end of the C8 Aileron? Let us know in the comments below.