VUHL 05RR revealed, and it’s got even more power 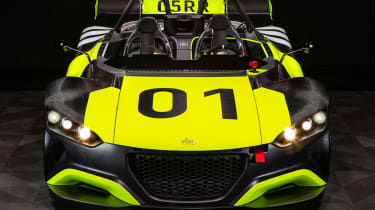 Mexican car manufacturer, VUHL, has revealed a hardcore edition of its track-day car, tasked with taking on the KTM X-Bow and Ariel Atom. Called the 05RR, it’s a heavily revised version of the VUHL 05 with less weight, fresh suspension and even more power.

The new VUHL 05RR features a tuned version of Ford’s 2.3-litre four-cylinder turbocharged EcoBoost petrol engine, with 385bhp and 500Nm of torque. That’s a 115bhp and 100Nm boost over the standard model. It feeds its power through a six-speed sequential transmission to the rear wheels.

Kerbweight has also dropped by 65kg to 675kg, thanks to a fresh carbon fibre/aluminium bonded monocoque. As a result, the 05RR has a power-to-weight ratio of 600bhp per tonne and will cover the 0-62mph dash in a Bugatti Chiron-worrying 2.7 seconds. Top speed stands at 158mph. 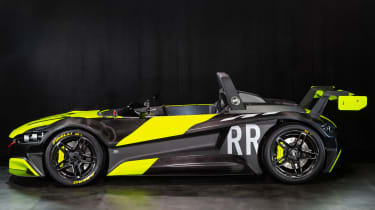 Other revisions include a lightened flywheel, lightened clutch and carbon fibre wheels, all of which help reduce rotational mass, transmitting the engine’s power to the road more efficiently. A set of track-focused Bilstein suspension also features, along with slick tyres and a new single-plane rear wing.

VUHL has also improved the RR’s aerodynamics over the standard 05. Improvements to the car’s undertray, splitter, diffuser and rear wing mean it will now generate up to 1.8G of force through a fast corner.

On sale now, prices for the VUHL 05RR start at £119,500 for the base model. However, pick a few items from the options list, like a custom-made helmet or a titanium exhaust, and the price will soon rise to an eye-watering £202,020 for the fully-specced version.

What are your thoughts on the new VUHL 05RR. Let us know in the comments section below…