Mark Blundell to drive in 2019 BTCC 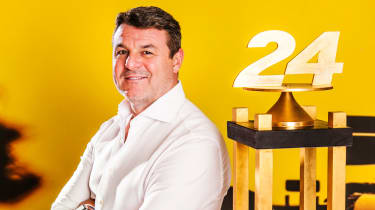 His BTCC debut behind the wheel of an AmD Tuning-prepared Trade Price Racing Cars Audi S3 Saloon will be at Brands Hatch on the weekend of April 6th and 7th. The ten weekend, 30-race series ends at the same venue on 12th and 13th October.

Blundell drove for Brabham, Ligier, Tyrrell and McLaren during his career in F1 in the nineties, while he won the Le Mans 24-hour race at the wheel of a Peugeot in 1992. 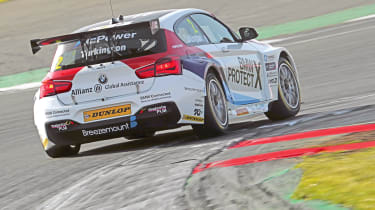 Race wins in the US CART series followed along with more Le Mans drives before he turned his attention to his sports management business MB Partners, which mentors and manages elite and up-and-coming racing drivers.

Speaking about his BTCC debut, Blundell said: “Once the opportunity arose to get back behind the wheel, it was always something I was very keen to make happen. The British Touring Car Championship is a fantastic series that I have always wanted to race in but it has never been possible until now.”

“I have been lucky enough to have had a fantastic motor racing career to date and to have been a part of British motorsport for many years. The sport is in a fantastic place across the UK at this current time and the BTCC and the overall TOCA package is a major part of that, providing an excellent platform for top-level professional drivers and many bright talents behind the wheel. The strength of the series is shown by the thousands of fans that join trackside up and down the country and the millions more that tune in from home on ITV.”

Blundell will be lining up against BTCC veterans Jason Plato and Matt Neal as well as 2018 champion Colin Turkington and Nicolas Hamilton, brother of F1 champion Lewis.

Since the beginning of the championship in 1958, F1 stars have been regular starters in BTCC. In the sixties Jim Clark crossed over to the tin-top series, while more recently Johnny Herbert, Derek Warwick, Jonathan Palmer and Nigel Mansell have also raced BTCC cars.

The BTCC marks Blundell’s return to front-line motorsport for the first time in six years. It also marks the start of a new sponsorship package from a large global company, details of which will be announced in the coming weeks.

“My participation in the series has come about due to a hugely exciting partnership that we are looking forward to announcing in the coming weeks,” said Blundell. “It will be fantastic news for the BTCC, bringing a global brand onto the grid, and myself and the MB Partners team can’t wait to get to work on many of the exciting plans that are already in place.”

What do you think of Mark Blundell's return to BTCC? Let us know in the comments section...