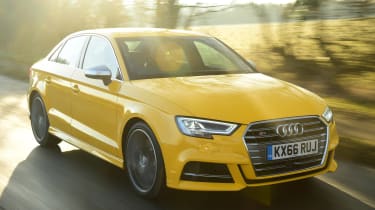 Audi's S models have always offered discreet performance, and the Audi S3 is a perfect demonstration of the breed. While it packs a turbocharged punch and has tremendous quattro 4WD grip, its understated looks and grown-up driving manners mean it flies under the radar when compared to some wild looking rivals.

The restrained looks are matched by a rather restrained driving experience. Keen drivers may be disappointed by the slightly clinical way the Audi S3 delivers its performance, but as rapid and refined transport the S3 takes some beating.

It’s a potent, high-quality alternative to the many other hot hatches on the market. And although it’s not quite on a par with the best-handling cars available, it's still pretty fun, with styling that’s not exciting enough for some tastes, the S3 is still a force to be reckoned with.

It's not the fastest A3 of all, but the Audi S3 is still a versatile performance car because it's for sale in hatchback, saloon and convertible guises. For some, the subtle looks of the S3 also appeal, because while it's a bit sporty, it doesn't look much different from an Audi A3 in S line spec, so can easily fly under the radar.

And fly it will, courtesy of a 2.0-litre turbocharged four-cylinder packing 296bhp and standard-fit quattro four-wheel drive. That means it's capable of 0-62mph in 4.7 seconds in hatchback guise, which is only six-tenths of a second slower than the fastest A3 in the range, the RS 3 Sportback.

Rivals for the S3 include four-wheel drive hot hatchbacks such as the Volkswagen Golf R, Mercedes-AMG A 45 and Ford Focus RS, and even the RS 3 if you can afford it. The rear-drive BMW M140i offers performance and handling to match the Audi, and there are a number of new front-wheel drive hot hatchbacks that aim to deliver driving thrills, too. These include the Honda Civic Type R, Hyundai i30 N, Renault Megane RS, SEAT Leon Cupra and even the VW Golf GTI. 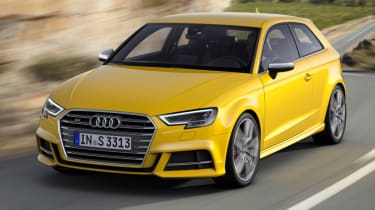 Many of these rivals only come in hatchback body styles, but the fact the S3 also comes as a saloon or a convertible gives it added appeal. As the A3 has been around since 2012, the range has changed considerably, and currently there's only a five-door A3 Sportback hatchback available, as the three-door model has been dropped. Also absent is the previously available six-speed manual gearbox, with the sole transmission option being a seven-speed S tronic twin-clutch auto.

Prices for the Audi S3 start from around £36,500 for the S3 Sportback, with the S3 Saloon around £2,000 extra and the S3 Cabriolet about £6,000 more than the hatch. On top of that, Audi offers Black Edition variants of the Sportback and saloon. Black Editions replace the satin silver trim - including the trademark silver wing mirrors - with gloss black highlights, add black wheels and extra kit inside for around £1,500 extra.

Overall, the Audi S3 is a rapid small hatchback that offers superb traction and fast acceleration, although it doesn't have the last degree of handling finesse to help it stand out. In most instances it's plenty fast enough, though, while the upmarket interior feels special. 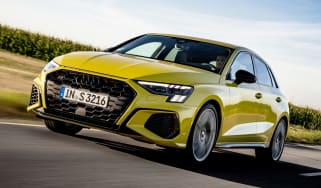 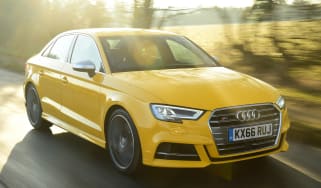 As a hot small car to drive on a daily basis, this Audi S3 Saloon ticks a lot of boxes
New Audi S3 Cabriolet 2016 review 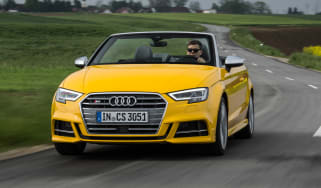 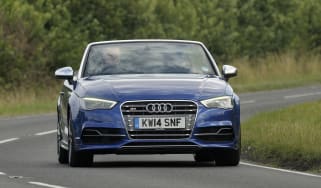 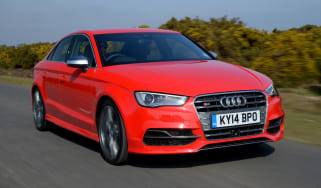 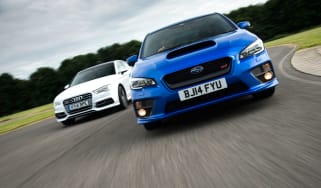 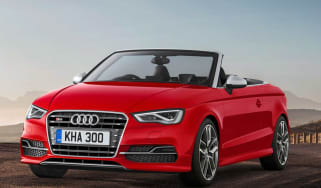 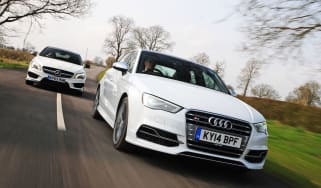 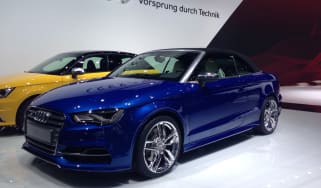 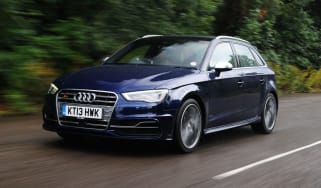 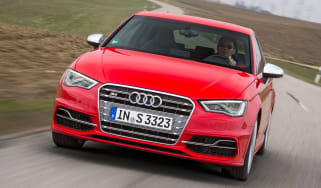 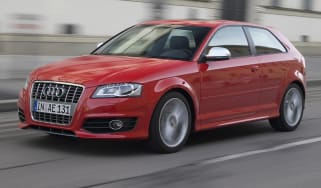 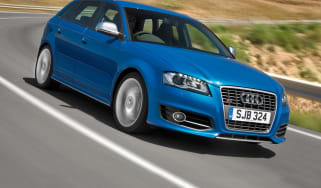 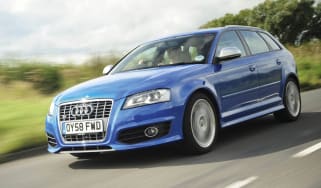 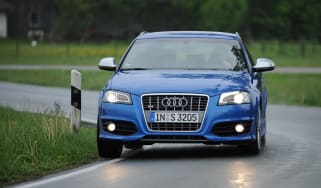 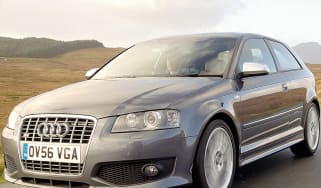 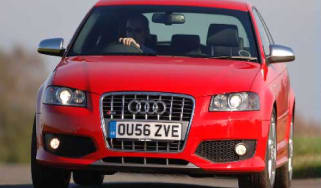 The new Audi S3 is all about understated looks. You need to search to find sporty clues
Audi S3 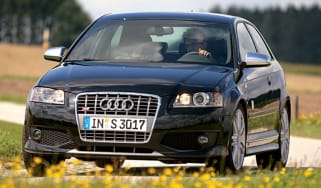 Fine-handling, well built and equipped and a sound financial package. But does it have the character of rivals?
Skip to HeaderSkip to Content