Police cancel up to 62 per cent of speeding tickets

Home Office reveal one police force cancelled over three fifths of speeding tickets issued in a year, while another upheld 98.7 per cent 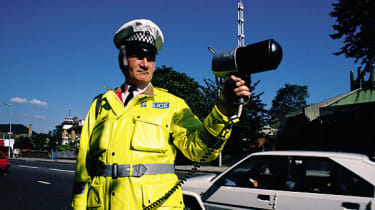 New figures how shown significant differences between how likely police are to cancel speeding tickets across the UK.

The Home Office data shows City of London Police cancelled 62.62 per cent of the speeding tickets it issued in the 201/18 financial year.

Reasons for cancelling tickets included incorrect details being logged of the alleged offence, the alleged speeder being shown not to have been driving when the offence was committed, incorrect speed-limit signs and improperly calibrated or misused speed cameras.

This latest information on speeding in the UK follows an exclusive Auto Express investigation last month, which revealed the majority of police forces in the UK set their speed cameras to activate only when vehicles are travelling at 10 per cent of the speed limit plus 2mph.

Have you ever had your speeding ticket cancelled? Let us know in the comments below...