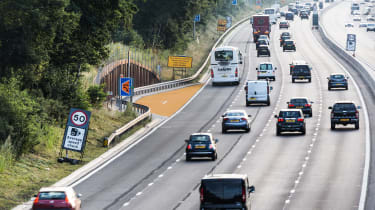 Travelling by car can be 13 times cheaper than taking the train at peak times, according to a fresh investigation of rail fare prices and petrol costs.

With the a pre-booked peak-time return ticket from Luton to Cambridge coming in at £84.60, and petrol for the same 40-mile journey costing just £6.40, the researchers calculated car-drivers can benefit from big savings compared to their train-travelling counterparts.

The Daily Mail compared prices for 20 key journeys across the UK, finding 12 were significantly more expensive by train. The cost of a return ticket from Southampton to Bath comes in at £84.60, with petrol for the same journey being around £11.79, making the train 10.5 times more expensive.

Fuel comparison website petrolprices.com provided the Mail with fuel costs for the journeys assuming the would be covered in a Ford Fiesta, the UK’s best-selling car. The Mail then compared these costs with a pre-booked train ticket, leaving at 8am and returning at a similar time the next day.

The analysis did find train travel was significantly faster than the car in many instances, though, with a journey from London Euston to Manchester Piccadilly taking just two hours on the train, compared to roughly four by road.

The researchers also concede they did not take insurance, road tax or parking into account for the car journeys, but the left the cost of getting to and from railway stations out of the equation, and highlight the fact additional family members would have to buy extra train tickets.

Guy Anker from Moneysavingexpert.com told the Mail train tickets can be “an absolute rip-off compared to other modes of transport such as driving and even flying.” Anker added that even by using “every trick in the book”, driving would often be the cheaper solution.

Robert Nisbet from the Rail Delivery Group claimed discounts and offers on tickets made train travel a “a good value way to travel”.