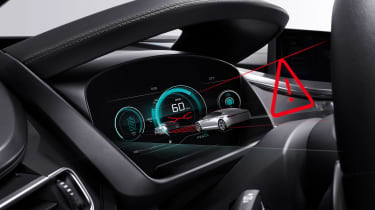 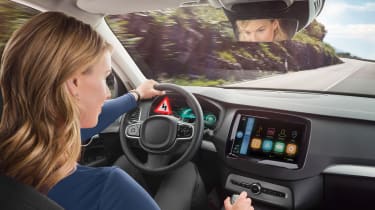 Bosch also claims that 3D technology will drastically improve camera based driver assistance functions. For instance, a 3D reversing camera system could give drivers a better sense of depth and more realistic view of the space behind the vehicle.

The firm says that the technology is ready and can be applied to displays of all shapes and sizes. However, Bosch is not the first in the industry to develop a 3D display for use in a vehicle. American automotive electronics supplier Visteon has already developed a 3D instrument cluster which will make its debut in the next Peugeot 208, relying on mirrors to create a holographic effect.

Bosch claims that its passive 3D technology is more true to form three-dimensional broadcasting via display technology, not requiring glasses or reflection for the 3D effect to be seen.

Do you think 3D digital instrument panels are a good idea? Let us know your thoughts below...