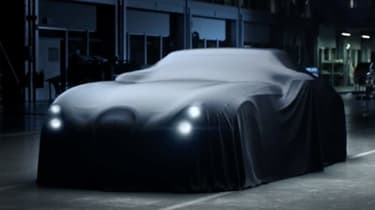 Wiesmann, the previously defunct German sports car manufacturer, will re-launch next year with an all-new, V8-engined, rear-wheel-drive coupe. Dubbed ‘Project Gecko’, It will draw inspiration from the brand’s last car – the limited edition GT MF5 from 2009. Wiesmann is currently taking expressions of interest.

Wiesmann is yet to release any technical details on its new sports car, but the firm’s teaser video confirms it will be powered by a BMW-sourced twin-turbocharged V8 engine. A likely candidate is the 553bhp 4.4-litre unit from the previous-generation M5.

The engine will send its power to the rear wheels via the same seven-speed dual-clutch transmission and active limited-slip differential as the old M5. Wiesmann also claims Project Gecko will be built on an all-new, lightweight platform (with an integrated tubular safety cell), which offers a perfect 50:50 weight distribution. 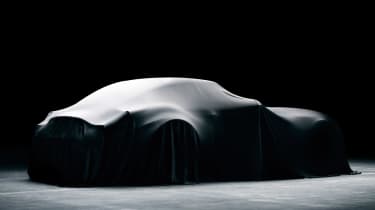 Project Gecko’s styling will be similar to the old GT MF5’s. Wiesmann’s teaser video hints the production car will share its Jaguar XK 120-esque radiator grille, LED light clusters, sloping roofline, wide haunches, duck-tail spoiler and narrow bonnet. Its interior will be fitted with a pair of deep bucket seats, trimmed in a blend of leather and carbon fibre.

Judging by the CAD drawing in Wiesmann’s teaser video, Project Gecko’s chassis will come with a fully-independent, manually adjustable, double wishbone suspension system and a set of vented and drilled disc brakes, gripped by six-piston calipers. In addition, we expect it will feature carbon fibre body panels and a carbon fibre rear spoiler.

The finished article will be nailed together at the original Wiesmann factory in Dulmen, Germany. Project Gecko has been under development for the last three years, with the company’s new CEO Roheen Berry overseeing proceedings.

Berry said: “This last true independent manufacturer of German sports cars is back and has an exciting future to look forward to. When we set out on this journey we said we wanted to re-engineer an icon and we are on track to do exactly that.”

Are you excited for the return of Wiesmann? Let us know in the comments section below…