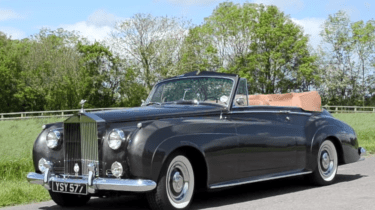 Everybody wants a Rolls-Royce but a new one could set you back as much as £300,000, and that’s just not expensive enough for some would-be Roller owners. Fortunately, help is at hand - a Rolls-Royce Silver Cloud Convertible once owned by Felix Dennis, the founder of Dennis Publishing, the company that brings you Auto Express, has just gone on the market for just under £400,000.

The Silver Cloud was produced from 1955 to 1966, and during that time only 7,372 left the factory. However, the convertible is considerably rarer than the hard top version and less than 550 were made. 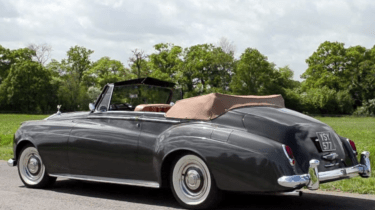 The model here was built in 1962 and owned by Felix Dennis from 1998. Over that time it underwent significant upgrades, such as a powered roof, drinks cabinet and air conditioning. It's only covered 59,000 miles during its lifetime.

Living abroad? Not only will the soft-top allow you to make the most of the Mediterranean sunshine, but this Roller is left-hand-drive, perfect for the Continent or the USA. And your passengers can use the built-in drinks cabinet to refresh themselves while cruising around. 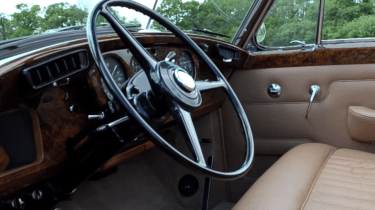 It will be an effortless cruise too as the 6.2-litre V8 engine is said to be in perfect condition.  Rolls-Royce is always cagey about disclosing engine power, but ‘sufficient’ is probably the right word to describe it. Expect swift but dignified progress.

And what of the previous owner? Felix Dennis founded Dennis Publishing in 1974, and introduced Auto Express (us!) in 1988. He then went on to have success as a poet, writing six volumes of poetry and performing his verses worldwide. He also had a considerable interest in preserving Britain's forests - founding the Heart of England Forest charity (which now owns Dennis Publishing and Auto Express) in 2003.

Felix sadly passed away in June 2014 but preserving his beloved Rolls-Royce is surely a fitting tribute.

Does this beautiful car tempt you to put in an offer? Let us know in the comments below...