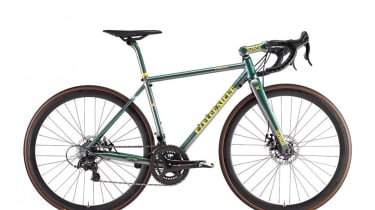 The idea of a bike can be tempting, especially to city motorists battling traffic for hour after hour. But even the most irritated car-bound commuter might baulk at the thought of a bike that doesn't look the part.

The bike uses a novel folding system called the Ritchey Break-Away, which allows the bike to fold in half with just the removal of a small bolt. It also eliminates the tell-tale signs of a folding bike, and allows the Road Disc to look much sleeker. We're still unsure if you'd be able to get one in the boot of your Aston Martin V12 Vantage S but if you do have to strap it to the roof rack, at least it'll look great. 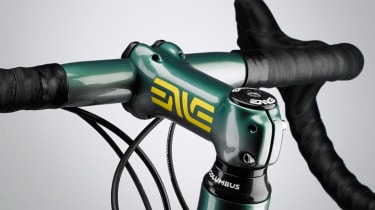 Customers are able to select almost any style of frame they like for their new ride. The manufacturer says most people actually prefer to have their existing bike copied, so that the Disc Road feels familiar to ride. In most forms, it weighs a paltry 8.1kg, so there should be no issues lugging it on and off trains or our of car boots, while it’s fitted with disc brakes to ensure great stopping power.

The Explorateur Disc Road is available now from £2,395. You can read a review on www.cyclist.co.uk here.

Would you have your bike painted to match your car? Let us know in the comments below...