With the serial number 00002, this Ford Mustang is expected to fetch big bucks when it goes under the hammer in Indianapolis 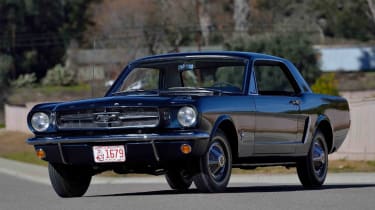 The first Ford Mustang ever built in hard-top spec is due to go on sale at an auction in Indianapolis in May, 53 years and nine million units after it rolled off the production line.

Carrying the Vehicle Identification Number (VIN) 5F07U100002, the model presented here was preceded only by a soft-top version that Ford had earmarked for a Canadian showroom prior to the compact sports car going on sale in 1964.

The hard-top - a pre-production model commissioned to train staff at Ford’s Dearborn Assembly Plant - was intended for the same fate, but a routing error meant that it was delivered to Whitehorse Motors in the Yukon Territory instead of the Brown Brothers dealership in Vancouver. 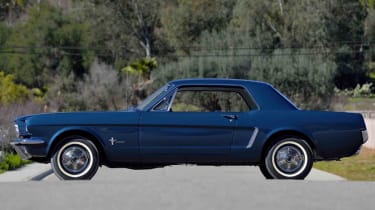 Unsuited to the cold, rugged landscape of north-western Canada, Whitehorse Motors added a block heater, and used the vehicle as a demonstrator until it was sold in the spring of 1965.

Since then the Mustang has seen 14 owners, with current proprietor Bob Fria coming across the historic machine in 1997. Under his instruction, the car underwent a two-year restoration to return it to its original 1964 condition, including a date-coded six-cylinder, 2.8-litre engine. 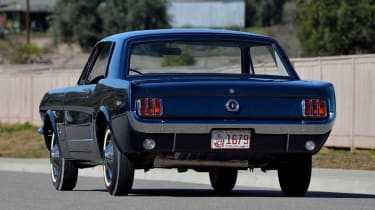 The Caspian Blue paint and matching vinyl interior went on to grace the Ford World Headquarters during the company’s 100th anniversary celebrations, just a short drive away from the Henry Ford Museum which now displays the original soft-top.

The auctioneers, Mecum Auctions, are yet to reveal an estimate for the prized Mustang. Though as one of the few surviving pre-production models, it isn’t hard to image the winning bid being of eye-watering proportions...

How much would you be willing to spend on the first ever Mustang if money was no object? Let us know below...