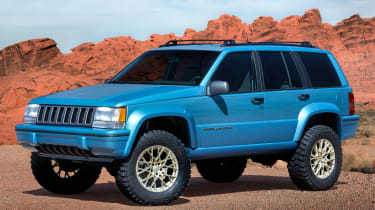 Jeep and Mopar have joined forces for the 15th year in succession to present a variety of brand new concept vehicles ahead of the 51st annual running of the Moab Easter Jeep Safari in Utah.

Taking place between 8 and 16 of April 2017, the event is expected to welcome thousands of off-road enthusiasts and will take in some of the US’s most fabled trails along the way.

Mopar - a parts and services outfit within the Fiat Chrysler Automobiles (FCA) group - was tasked with developing and constructing the vehicles from a range of available Jeep Performance Parts, and were briefed to keep 4x4 off-road performance in mind.

“It’s truly a labour of love for the Jeep team to develop exciting, capable concept vehicles each year for Moab and the Easter Jeep Safari,” said Jeep’s Mike Manley. “We look forward to the reaction and feedback from enthusiasts and our most loyal customers as these new Jeep concepts are put through their paces on the trails in Moab.”

Among the 2017 class of Jeep-Mopar concepts are a Jeep Grand One - commissioned to celebrate the 25th anniversary of the 1993 Grand Cherokee ZJ - and a Jeep Safari, tailor made for the arduous conditions of a desert landscape. 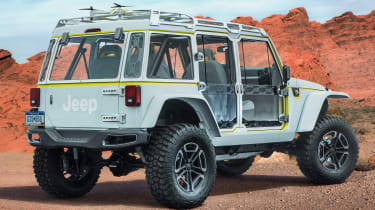 The other vehicles heading out on the Moab event represent a Swiss Army knife of functions, including the Jeep Illuminator (named after its powerful lighting capabilities) and the Jeep Quicksand, a hot rod for petrolheads “who love the sand life” according to the American marque.

“Jeep and Mopar have teamed up over 15 years to create unique, fun and highly capable concept vehicles for the popular Easter Jeep Safari in Moab,” said Mopar’s Pietro Gorlier. “These concept vehicles are a perfect example of how off-road enthusiasts can use Jeep Performance Parts to personalize and enhance the already outstanding Jeep capability, allowing them to face the toughest trails in the world.”

What do you think of Jeep and Mopar's concept off-roaders? Let us know in the comments section below...