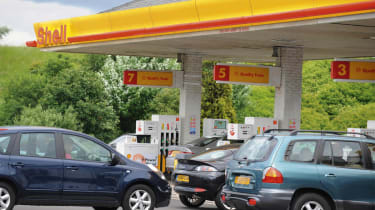 Energy company Shell has given its electric vehicle charging ambitions a significant boost by purchasing NewMotion, the owner of one of Europe’s largest EV charging networks.

Shell’s vice president for new fuels, Matthew Tipper, said. “This move provides customers the flexibility to charge their electric vehicles at home, work and on the go. When you add this customer offer to our current roll out of fast charging points on Shell forecourts, we believe we are developing the full raft of charge solutions required to support the future of EVs.”

Shell has previously said it is looking to incorporate charging points in its 1,000 fuel stations across the UK. The company’s downstream director, John Abbott, previously said: “We have our first EV charging points on a UK Shell forecourt installed this July, with 10 planned in the country by the end of the year and more to follow.”

The news follows a similar announcement made earlier this year by Shell’s rival British Petroleum. Bob Dudley, BP’s chief executive, said the energy giant is under discussions with several EV manufacturers to “have a tie-up with our retail network for charging.”

Earlier this year, the Government announced that motorway services and petrol stations will be required to install electric vehicle charging points. The Automated and Electric Vehicles Bill, revealed in the Queen’s parliamentary speech, commits the Government to improve the country’s electric charging infrastructure through installing charging stations across the UK's motorway network and along major fuel retailer sites.

With more energy companies eyeing EV charging, will the UK finally have enough charging coverage to make a full switch to electric vehicles? Let us know what you think in the comments below...