Norton Canes on the M6 toll gets the best rating, but M25’s Thurrock services most heavily criticised by customers 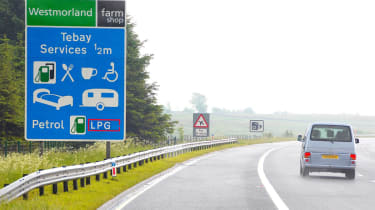 The UK’s best and most motorways service stations have been revealed by a poll of almost 10,000 customers.

Topping the tables of the best motorways services is Norton Canes Roadchef on the M6 toll, ranked first with 100 per cent of customers satisfied. Roadchef’s Stafford Southbound services on the M6 takes the silver medal, while Moto’s Wetherby services on the A1 (M) manages an honourable bronze.

But not all services garnered such glowing reports. Leading the worst offenders is Thurrock services on the M25 which, while currently undergoing refurbishment, left just 68 per cent of users satisfied. Toddington, also being renovated, posted a 72 per cent satisfaction rating, while Southwaite Northbound services on the M6 was the third worst motorway service station – though one that left a more palatable 80 per cent of users satisfied. The top three worst performers were all run by Moto.

• All motorway service stations to get electric car charging points

The poll of 9,600 users, commissioned by independent watchdog Transport Focus, saw drivers rate services for areas including the cleanliness and availability of toilets, how friendly staff were, what food and drink options were available, and how they felt during their visit.

The results show stopping at a motorway service area leads to a decrease in stress, with the 24 per cent of visitors arriving in a stressed, tired or frustrated frame of mind, but just 5 per cent leaving in similar mood.

The survey also found motorway services have improved in recent years, with 92 per cent of customers being happy after their pit stop. Anthony Smith, Transport Focus’ chief executive, said: “Motorway services play an important role in providing the break motorists need”, though he added “operators need to focus on ensuring customers see their experience as value for the money they’ve paid.”

While over half of users claimed they enjoyed stopping at services, 65 per cent of users said the cost of petrol and diesel on motorways annoyed them. Those feelings were previously echoed by Transport Secretary Chris Grayling, who called for an investigation over fears high motorway fuel prices “exploit users in a situation where there is less choice and competition, and discourage motorists from stopping and re-fuelling”.

Grayling’s comments were heavily rebuffed by motorway service station operators, though, with Roadchef pointing out it does not run petrol stations at its services, and Moto explaining it operates in a “very different environment to most other retailers.”

What has your experience been when visiting motorway services? Tell us in the comments below...