A facelifted version of the Jaguar E-Pace SUV will go on sale later this year, with plug-in hybrid power among the upgrades 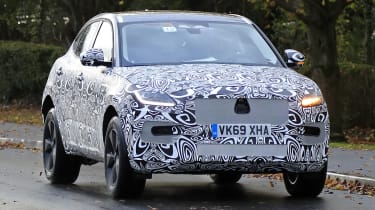 A fresh, updated Jaguar E-Pace is set to arrive later in 2020, with significant mechanical and technological upgrades in the pipeline for the manufacturer’s smallest SUV.

The E-Pace will welcome an a thoroughly re-worked platform while will enable it to accommodate mild-hybrid and plug-in hybrid powertrains for the first time. Styling changes will be relatively minor, but the tech inside the car is set to take a big step forward.

Like the Land Rover Discovery Sport, the new E-Pace will sit on Jaguar Land Rover’s Premium Transverse Architecture (PTA). It’s a heavily updated version of the previous D8 platform which, as already seen on the PTA-based Discovery Sport and Range Rover Evoque, will allow the E-Pace to accept electrified powertrains.

Among those electrified powertrains set for the Jaguar E-Pace’s is a 48-volt, mild-hybrid system. The MHEV system uses a 0.2kWh lithium-ion battery pack and a belt-driven starter-generator, offering claimed fuel economy of up to 50.4mpg. It’s also capable of delivering an extra 100Nm of torque on demand, boosting performance. 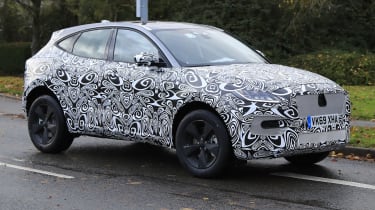 Following the update, E-Pace buyers will be offered JLR’s 197bhp, 247bhp and 296bhp turbocharged 2.0-litre four-cylinder petrol engines, along with either a 148bhp, 178bhp or 237bhp 2.0-litre turbo diesel. All six engines will be paired with the brand’s new MHEV architecture, using a nine-speed automatic gearbox and a four-wheel-drive system.

The E-Pace will also be offered with plug-in hybrid technology for the first time, making use of the new 1.5-litre, three-cylinder petrol-electric powertrain which is destined for the new XE saloon and the updated F-Pace SUV. Specifications are yet to be confirmed for the new PHEV powertrain but, given the engine will be competing with the BMW 330e on the saloon market, it should produce around 250bhp and return well over 100mpg.

A host of interior updates are also planned. Most notably, these will include JLR’s latest Touch Pro Duo infotainment system, which consists of a 10.2-inch central screen and a separate display for the car’s heating and air conditioning systems.

Elsewhere, the SUV’s cabin design will be adapted from the all-electric I-Pace SUV and the new Range Rover Evoque, introducing a new steering wheel design and a subtly reworked dashboard.

Exterior changes aren’t expected to reflect the major overhaul taking place underneath the skin, with minor alterations giving the E-Pace a fresh – albeit not dramatically different – look when the facelifted model is revealed.

A test mule was last seen in November 2019, wearing heavy camouflage on virtually every surface. The front looks virtually identical to the current car, although it’s likely that Jaguar will alter the grille, air intakes and headlights in order to distinguish the facelifted model from its predecessor. 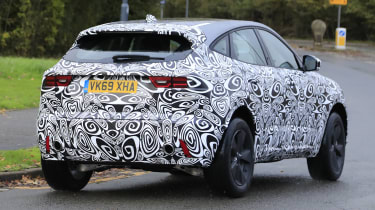 Meanwhile at the rear, the only noticeable difference on the test car is that both tailpipes are visible. However, it’s possible that these could once again disappear behind a rear-facing grille – as is the case on the current model – when the covers are removed later this year.

The E-Pace received a 'Chequered Flag Edition' late in 2019, which has been a special trim level that has signalled a run-out of previous iterations of the XE saloon, F-Pace SUV and F-Type sports car. As a result, we expect the latest E-Pace to launch towards the end of 2020. Prices are still to be confirmed, but expect the mild-hybrid tech to result in a slight increase over the current car, which starts from just over £30,000.

What do you make of the updated Jaguar E-Pace? Let us know in the comments section below… 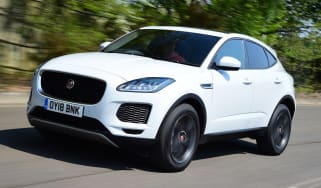