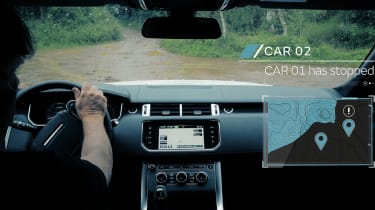 Jaguar Land Rover has revealed details of its latest autonomous driving technology that will allow its next-generation of products to drive themselves over any terrain.

Called Autonomous All-Terrain Driving, the research project aims to make the self-driving car capable over all surfaces, in all environments. It uses new sensor tech, which JLR claims can see better than a human driver. This combined with the vehicle's high levels of artificial intelligence, let the car think for itself on any given terrain.

Head of research at JLR Tony Harper said: “We don’t want to limit future highly automated and fully autonomous technologies to tarmac. When the driver turns off the road, we want this support and assistance to continue.

“In the future, if you enjoy the benefits of autonomous lane keeping on a motorway at the start of your journey, we want to ensure you can use this all the way to your destination, even if this is via a rough track or gravel road.” 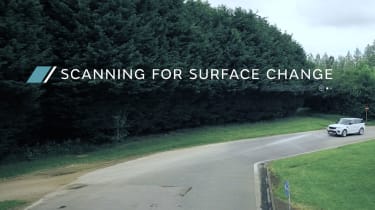 Both Jaguar and Land Rover products will use Surface Identification and 3D Path Sensing to give the car a 360-degree view of the world around them. Using cameras, ultrasonic, radar and LIDAR, the setup is so advanced that the car can determine surface characteristics ahead, in order to best plan a route.

The system can scan up to five metres in front of the car, enabling the Terrain Response system to automatically change before the car reaches things like snow, grass or sand. It works in reverse, too, and can sense impending tarmac or gravel. Terrain-Based Speed Adaptation is also being developed, to sense things like potholes and standing water, automatically adjusting the car’s speed to protect occupants inside the car.

In addition to what’s beneath the wheels, JLR’s new technology can also sense overhanging branches and barriers using something called Overhead Clearance Assist. It works in a similar fashion and can be adapted by the driver if the car is carrying anything on the roof. 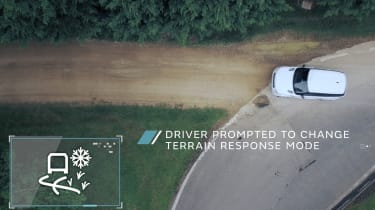 Harper said: “This V2V communications system can seamlessly link a convoy of vehicles in any off-road environment. If a vehicle has stopped, other vehicles in the convoy will be alerted – if the wheels of drop into a hole, or perhaps slip on a difficult boulder, this information is transmitted to all of the other vehicles.”

Jaguar Land Rover hasn’t disclosed when this kind of technology might be available on production models, but with the next-generation Range Rover and Range Rover Sport still a few years away, there’s likely to be some wait for paying customers. The tech is expected to carry a premium to begin with, before being fitted as standard on later models.

Do you like the idea of an off-roader that drives itself? Let us know in the comments...