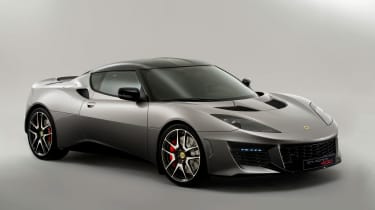 Following a three-year absence from the Geneva Motor Show, Lotus will be back with a bang in 2015 by debuting the all-new Evora 400. Lighter, faster and more efficient than the model it replaces, the newcomer will go on sale in August, priced from around £70,000.

Despite the new name, the sports car is still unmistakably an Evora. The front end wears a bolder, more aggressive face, while daytime running lights have been added, too. A new rear bumper now incorporates a five-element diffuser and a larger central exhaust, with a new triple-tail rear wing also present. 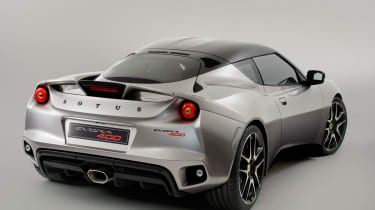 Changes continue beneath the skin, with an uprated version of the current 3.5-litre supercharged V6 engine and stop/start featuring on a Lotus for the first time. Power soars from 345bhp in the outgoing model to 400bhp at 7,000rpm thanks to a new supercharger and engine management upgrades.

The Evora has also undergone a 22kg weight reduction, making it the fastest Lotus ever made for the road, with a top speed of 186mph and a 4.2-second 0-62mph sprint time. Plus, performance is aided by the adoption of a limited-slip diff for the first time. 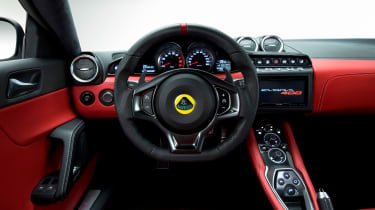 Lotus claims up to 60 per cent of the car is completely new, thanks to the updated cabin. The wide sills have been lowered and narrowed, with two rear seats also gaining 280mm in length.

A redesigned centre console and dash have tidied up the interior, with buyers able to spec leather or Alcantara trim. 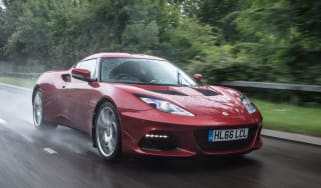 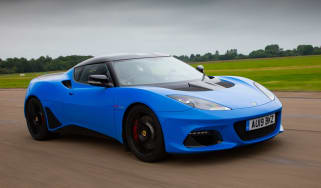 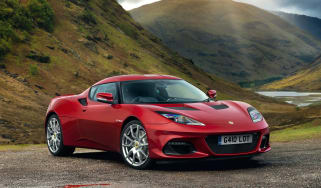