Fiat’s recently revealed 500 3+1, with a single rear door, could go on sale in the UK 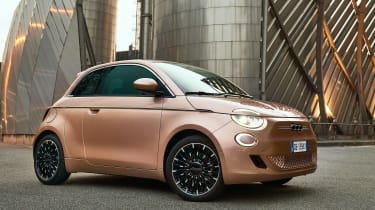 Fiat’s recently revealed 500 3+1 could go on sale in the UK according to the president of Fiat Olivier Francois.

The new all-electric 500 will go on sale in the UK next year in hatch and convertible forms, but they could be joined by the 3+1 body style with a single rear door, making access to the rear seats much easier.

So far, the 3+1 has only been confirmed for left-hand drive markets, but Francois confirmed that putting it on sale in the UK would be a possibility, depending on customer reaction.

When Auto Express asked Francois if the 3+1 would come to the UK, he said, “It’s a totally open debate. Can we technically launch it in the UK? Sure. Honestly, we can. It will be very much a matter of whether it will be welcome or not.”

However, Francois was clear that if the 3+1 was to come to the UK, the rear door would stay in its current position, meaning it would be on the driver’s side.

“It will clearly be on the driver’s side,” Francois told us. “It wasn’t well received with the MINI [Clubman], so it has not been developed on the other side and we won’t.

“We could do it in the UK relatively fast – it would be some investment, but I don’t want to invest and upset my Fiat 500 customers. The car is iconic in the UK as much as it is in other countries and I don’t want to do any mistakes.” 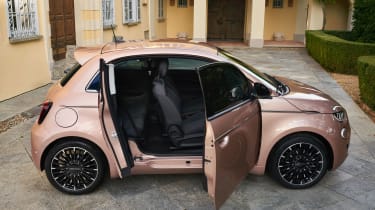 In left-hand drive markets, the rear-hinged rear door opens on the passenger side, only opening when the front door was already open. In the UK it would mean rear passengers exiting on the opposite side to the pavement if the car had been parked at the road side.

However, Francois is a fan of the 3+1 referring to the opening as a ‘magic door’. It opens at an angle of 83 degrees making it easier to get in and out of the back seats, or to fit a child seat. There are no changes to the size or the wheelbase of the 500 on the 3+1 model, while Francois also revealed that the car was created ‘mainly by a team of women’.

Before making a decision on the 3+1 coming to the UK, Francois has promised to show it at a customer clinic to see what British customers think about it.