‘Car makers have much to learn from poor April sales figures’ 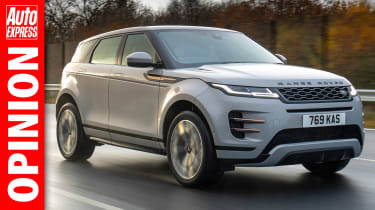 Anyone expecting anything other than a near total wipeout in car sales during April must be living in cloud cuckoo land. The 97 per cent drop in registrations is woeful news for an industry already in the doldrums, but there are clear learnings for the future of retail.

Surprisingly, the appetite for car buying – or at least taking delivery of an already-ordered new car – didn’t disappear completely during April. But no car makers were geared up to be able to complete purchases and make deliveries during lockdown – except one: Tesla.

We’d already predicted that Tesla would top the UK car sales charts in April because, quite simply, it was the only manufacturer set up for online ordering and delivery long before the outbreak of the pandemic.

One reader sent me pictures of him taking delivery of his new Tesla Model 3, and described the online order process and contactless handover as ‘the future’.

So it’s no surprise to see other car makers rapidly playing catch up. Jaguar Land Rover, for example, has just announced the full roll-out of its own online buying system. So you can now configure, negotiate, finance and part-ex via the Jaguar and Land Rover websites.

Dealers, too, are rapidly adapting handover bays to contactless deliveries, while in some cases you’ll be able to have your new car left for you on your driveway.

JLR’s UK MD, Rawdon Glover, took me through the process, which includes video consultations, and it is very impressive – the right system at the right time.

Glover couldn’t tell me how many JLR buyers he expected to buy online. I suspect he – and the retailers that fulfil the purchases – will be surprised how many people take it up. Everyone I’ve spoken to who’s bought a car solely online – including those who buy used through the likes of Buyacar – only ever has good things to say about it. But it does beg the usual question: what’s taken so many car makers so long?

Do you agree with Steve? Let us know your thoughts below...