Peugeot 5008’s styling brought into step with the rest of its line-up, fitting the SUV with the same face as the 508 saloon 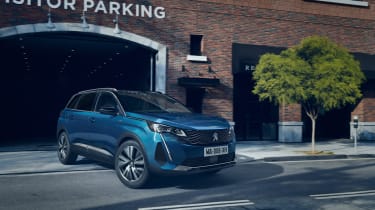 Peugeot has revealed prices and specifications for the facelifted 5008 SUV, which is available to order in the UK now.

Prices start from £29,585 for the base-model petrol and climb to £40,905 for the range-topping diesel. First deliveries are expected to arrive during Spring 2021.

Like the updated 3008, the Peugeot 5008 range is split into six trim-levels, although UK buyers won’t get the entry-level Active model. Our line-up opens with the Active Premium variant, which features 17-inch alloy wheels, push button start, front and rear parking sensors and electrically folding door mirrors.

The Allure Premium variant commands an extra £550 over the Allure model and adds keyless entry and start, unique fabric upholstery, a reclining passenger seat and an ambient interior lighting system. Buyers also get Peugeot’s “Children’s Pack,” which adds a pair of tray tables and window blinds for the second seating row. 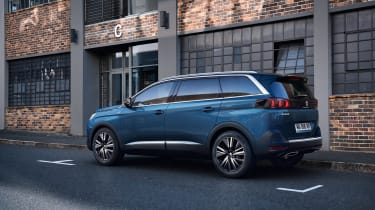 The flagship GT Premium variant starts from £37,485. It adds a set of 19-inch alloy wheels, a hands-free tailgate, a 515W Focal premium audio system and a pair of electrically adjustable and massaging front seats. There’s also a 360-degree camera and an automated parking system.

Like the outgoing model, the facelifted 5008’s engine-range comprises four units: two petrols and two diesels. Petrol buyers have their choice of either a 128bhp 1.2-litre three-cylinder unit or a 178bhp 1.6-litre four-cylinder unit. Both engines can be had with an eight-speed automatic, although the former engine can be fitted with a six-speed manual.

Diesel buyers can choose from either a 1.5-litre or 2.0-litre four-cylinder unit. The smaller displacement engine has an output of 128bhp, while the larger unit produces 178bhp. As with the petrols, an eight-speed auto is available across the range, while a six-speed manual is offered on the entry-level powertrain.

Peugeot’s most noticeable changes have been made to the 5008’s exterior styling; the SUV now shares the same family face as the 208 hatchback and 508 saloon, with a large, frameless radiator grille, similarly shaped headlamp units and a pair of extended, hook-shaped LED daytime running lights. 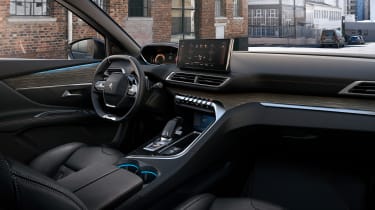 Inside, Peugeot has revised the 5008’s infotainment setup with an updated version of the car’s 12.3-inch digital instrument cluster and an all-new 10-inch infotainment screen which controls all the car’s interior functions. The latter features a series of seven piano keys, which provide convenient access to functions such as navigation, climate control and media.

Technology upgrades include a tweaked lane-keeping assist system, updated autonomous emergency braking and new adaptive cruise control, which can automatically stop and restart the vehicle in heavy traffic. Peugeot has also updated its traffic sign recognition system, to include warnings for one-way systems and no overtaking zones.

Peugeot’s Night Vision system is also now available. The technology uses an infrared sensor to detect pedestrians and animals up to 250 metres ahead of the vehicle in low light levels, with the images displayed on the car’s digital instrument binnacle. 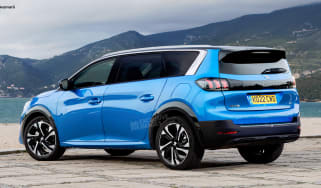 PSA’s eVMP architecture will give the upcoming, entry-level Peugeot 5008 an all-electric range of around 350 miles
Best SUVs to buy 2020 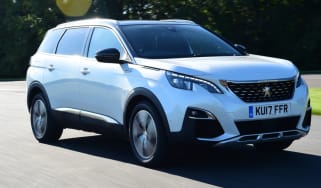