A revised price list for the Renault ZOE has been released, with the battery lease option removed and the base-price rising to £25,670

Renault has removed the option to rent the all-electric ZOE’s battery pack, which has increased the car’s base-price to £25,670 (including the government’s £3,500 plug-in car grant) as a result. It’s available to order now, with first deliveries expected to arrive in January 2020.

The French firm is also offering the new ZOE on a zero-percent PCP finance deal. Customers can secure an entry-level model with a deposit of £2,995 and 25 monthly repayments of £269. At the end of the term, buyers can pay a fee of £15,657 to keep the car – with the total cost of the rental, repayments and final fee working out to the same price as buying the car outright. 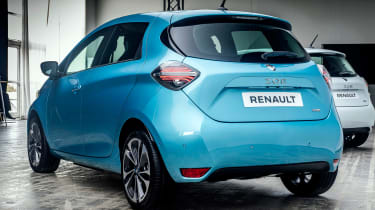 Mid-range and top-spec ZOEs can be had with a range of optional extras, including support for 50kW DC fast-charging (£750) and a Winter Pack (£310), which adds a heated steering wheel and heated seats. The ZOE Iconic can also be specced with a Technology Pack (£800), adding the GT Line’s 9.3-inch infotainment, parking sensors and reversing camera. 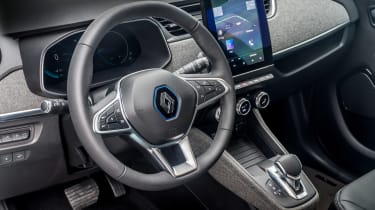 Renault’s new ZOE is powered by a 52kWh battery pack, which feeds a front-mounted electric motor. It’s offered in two states of tune, with the entry-level R110 model producing 106bhp and 225Nm of torque. Renault says the base-model powertrain offers a 0–62mph time of 11.4 seconds, a top speed of 84mph and a range of 245 miles.

Iconic and GT Line models feature the same battery pack, but a more potent electric motor with an output of 132bhp and 245Nm of torque. The range-topping powertrain provides the ZOE with a quicker 0–62mph time of 9.5 seconds and a slightly higher top speed of 87mph.

Charge times have improved over the old model. When connected to Renault’s 7kW household wallbox, a 100 percent charge takes 9 hours 25 minutes. This falls the three hours when hooked up to a 22kW commercial charge point, while 50kW DC-capable model can recover an 80 percent charge in 1 hour 10 minutes.

Despite this being the biggest update applied to the ZOE throughout its seven-year life-span, little has changed on the car’s exterior. It’s exactly the same size and shape as its predecessor, with Renault opting for a minor cosmetic rethink rather than a complete overhaul, adding a new front bumper, LED headlamps and fresh chrome grille surrounds. 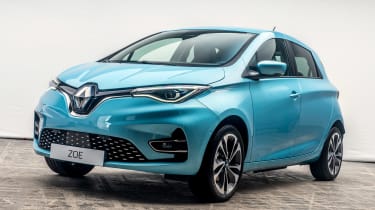 Renault has increased the ZOE’s battery capacity from 41kWh to 52kWh, representing an improvement of 32 percent. The battery pack has more energy-dense cells than the outgoing models, which means its physical size remains identical and the ZOE’s cabin space is unaffected.

To help eke out as much range as possible from the battery there’s a new “B-mode” driving function. It essentially allows for one-pedal driving by increasing the car’s regenerative braking performance when the driver releases the throttle.

Is a range of 245 miles enough for a small electric car? Let us know in the comments section below… 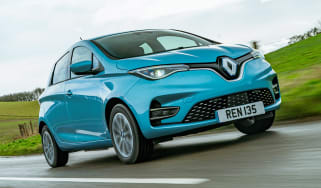 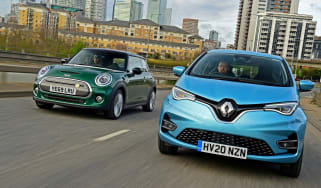