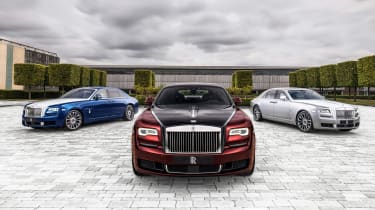 Rolls-Royce has revealed a new run-out, special edition Ghost which the firm describes as the “apex” of its smaller limousine, which will be limited strictly to 50 examples.

Called the Rolls-Royce Ghost Zenith, it follows the same convention set out by the 2016 Phantom Zenith - one of the last production batches of the reborn Phantom before the debut of the current flagship, the Phantom VIII, took place in summer 2017.

As such, it’s easiest to think of the Ghost Zenith as being an ultimate edition of the Ghost, and Rolls-Royce claims it’s the most bespoke version of the model. The British brand claims that the Zenith wears plenty of new and unique design tweaks nodding towards the 2009 200EX concept, used a decade ago to preview the production model.

These include a commemorative, forged ingot crafted from the concept car’s Spirit of Ecstasy set into the centre console, while the Zenith itself gets a unique variation of Rolls’ iconic bonnet sculpture, engraved with the model’s name.

Similarly, the centre console is home to a complex engraving - a snapshot of the blueprints of the 200EX concept. Each of the 50 cars gets a different engraving, all of them abstract close-ups of an element of the concept’s original design sketches.

Both regular and extended wheelbase versions of the Ghost Zenith will be built, powered by the car’s usual 6.6-litre turbocharged V12 petrol engine. Prices for the run-out special should be far north of the regular car’s £200,000 base price. 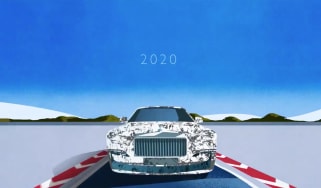 Rolls-Royce has continued its teaser campaign for the new Ghost, with a new animated video outlining the car’s platform and chassis setup