The SEAT Tarraco FR and FR Sport trim levels are priced from £31,680 and add a range of exterior and interior styling upgrades 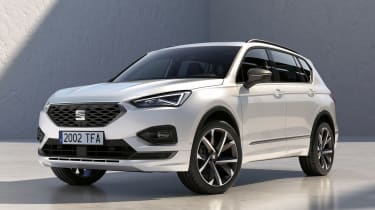 SEAT has launched a pair of sports-inspired trim-levels for the Tarraco, called FR and FR Sport. They sit at the top of the seven-seat SUV’s range, adding a handful of cosmetic enhancements and extra technology. Prices start from £31,680 for the least powerful FR variant, climbing to £39,820 for the most potent FR Sport model. 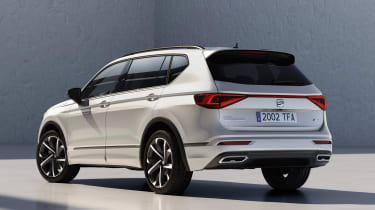 Both new models add to the specification of the standard Tarraco SUV, which features automatic LED headlamps, three-zone climate control, a suite of USB sockets, a 10.25-inch digital instrument binnacle and an eight-inch infotainment system with support for Apple CarPlay and Android Auto. Prices for the base-model Tarraco SE start at £28,640.

The SEAT Tarraco is currently available with a choice of four conventional powertrains. The entry-point is the Volkswagen Group’s familiar turbocharged 1.5-litre four-cylinder petrol, which develops 148bhp and 250Nm of torque. It’s mated to a six-speed manual transmission as standard, although a seven-speed DSG can be specced for an extra £1,580. 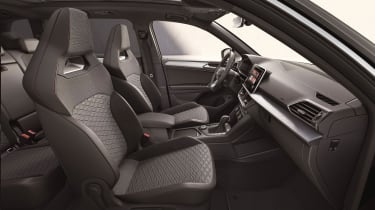 The entry-level petrol powertrain offers respective economy and emissions figures of between 36.2–39.2mpg and 134g/km of CO2. With the manual transmission fitted, it also boasts a 0-62mph time of 9.7 seconds and a top speed of 125mph.

A turbocharged 2.0-litre four-cylinder petrol engine is also available on XCELLENCE trim-levels and up. It develops 187bhp and 320Nm of torque – although it’s only available with a seven-speed automatic gearbox and four-wheel-drive. Economy and emissions figures stand at a respective 35.3–37.2mpg and 139g/km of CO2.

There’s also a pair of diesel options, both of which are based on Volkswagen’s turbocharged 2.0-litre four-cylinder unit. The entry-level option produces 148bhp and 340Nm of torque – and it can be specced with either front-wheel-drive and a six-speed manual gearbox, or four-wheel-drive and a seven-speed automatic. 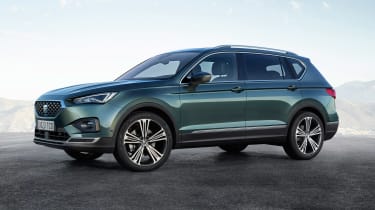 The more powerful 2.0-litre diesel develops 187bhp and 400Nm of torque – and, like the larger-capacity petrol unit, it’s only available with a seven-speed dual-clutch automatic gearbox and four-wheel-drive. The powertrain gives the Tarraco a top speed of 130mph, a 0–62mph time of eight seconds flat and economy figures of between 37.2–39.2mpg.

SEAT has also confirmed that a new, plug-in hybrid-powered Tarraco will go on sale later this year. The system comprises a turbocharged 1.4-litre four-cylinder petrol engine, a compact electric motor and a 13kWh lithium-ion battery pack, for a combined output of 242bhp and 400Nm of torque.

According to SEAT, the new PHEV powertrain will give the Tarraco “more than 30 miles” of all-electric range, while offering emissions figures of only 50g/km of CO2. It will also be the fastest version of the standard-issue Tarraco, with a 0–62mph time of 7.4 seconds and a top speed of 135mph.

What does the SEAT Tarraco have to beat? Read our run-down of the best large SUVs on sale here… 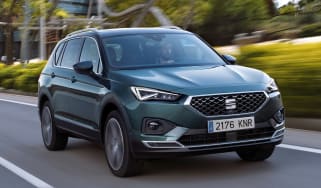 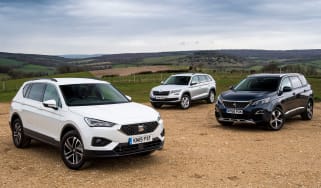 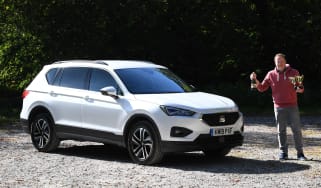 Final report: If you need a large family car you’ll do little better than a SEAT Tarraco, which has catered for our every whim