Subaru Ascent SUV: biggest Subaru ever launched for US market

The boisterous SUV is Subaru’s largest ever vehicle, and was revealed at the LA Motor Show for the American market only 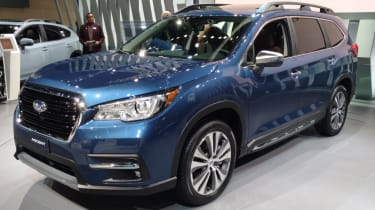 Subaru has launched its biggest ever vehicle at this year’s LA Motor Show, an SUV called the Ascent. It’s billed as a family SUV combining off-road capability with MPV levels of practicality and it will only be available in the US from next summer

The Ascent is built on the Subaru Global Platform, which the new Impreza will also be assembled on. It features a clever three-row seat configuration with a seven or eight-seat layout. There’s plenty of room inside thanks to its length of 4,998mm and a width of 1,930mm. 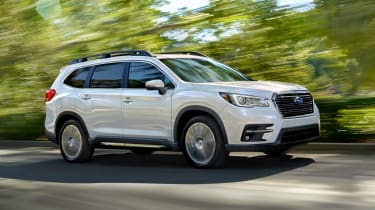 The Ascent offers lots of space for large families, but Subaru says it’s equally good as an off-roader. Along with the permanent four-wheel-drive, the Ascent is fitted with X-Mode, which improves performance in slippery off-road conditions.

Full prices and specs for the Ascent are yet to be announced, with first sales scheduled in the US for ‘early summer’ 2018, with no indication from the Japanese manufacturer of a potential UK launch.

What do you make of the Subaru Ascent SUV? Join the debate below...