Only 450 examples of the Subaru S208 WRX STi will be produced, exclusively in Japan 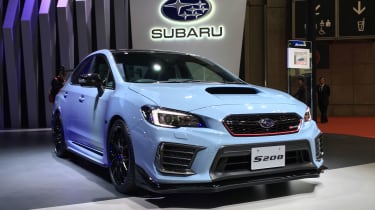 Subaru has unveiled a new limited edition model of its WRX STi at the Tokyo Motor Show called the S208, with 450 units being produced for the Japanese market.

It is based on the current S207 WRX STi, the range-topping rally-bred variant of the Impreza saloon, but with a couple of changes by Subaru's performance offshoot Subaru Tecnica International (STi) to make the S208 stand out.

As a possible ode to its World Rally Championship days, the 2.5-litre engine has been replaced by a specially tuned 2.0-litre turbocharged flat-four, as two litres was the maximum permitted engine capacity when Subaru competed in the WRC. 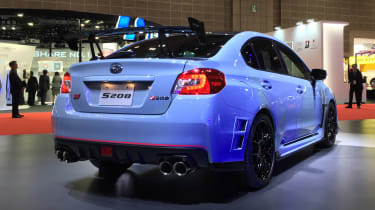 Despite losing half a litre of capacity, the engine produces 324bhp - 24bhp more than the standard 2.5-litre engine - as well as 432Nm of torque. Power is fed through Subaru’s permanent four-wheel-drive system and a six-speed manual gearbox.

Adjustable rear suspension, quicker steering rack and torque vectoring also feature on this limited-run S208. Of the 450 units, 350 will be equipped with the NBR Challenge Pack with features taken from the WRX STis that compete at the Nurburgring 24 Hours.

Featured on the NBR models is a carbon fibre roof and a large carbon fibre rear spoiler that sports the S208 logo. Also included on the S208 are 19-inch forged aluminium wheels from BBS and Dunlop Sport Maxx RT tyres. 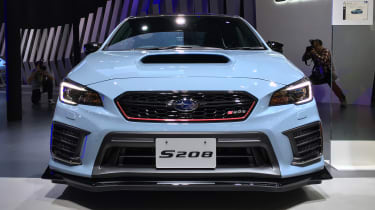 As with most limited run Japanese cars, the 450 customers will be chosen via a lottery application that’s open from 26 October until 12 November.

Would you be applying for the S208 WRX STi lottery if you lived in Japan? Let us know below!