Former test winner is finally starting to show its age in the face of ever improving competition. 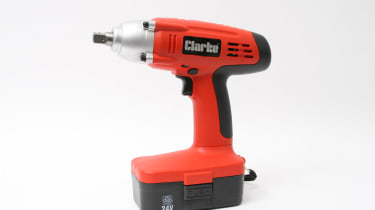 Former test winner is finally starting to show its age in the face of ever improving competition. It’s still impressively cheap and is great for wheel changes as it comes with four impact sockets. Not so good is its lack of grunt in the face of tools that breezed through our bolt test. It eventually managed to shift the bolt at 175lb/ft, but it was marginal and took time. Plus, it’s heavy, making it tough on the wrist over longer periods, although the balance isn’t as nose heavy as some.