Are you a Bond fan? This could be your perfect car: the Aston Martin DB9 Bond edition 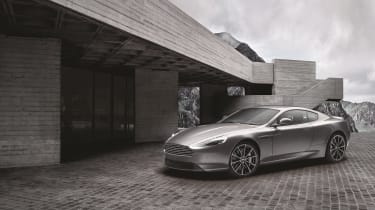 James Bond enthusiasts wanting to live out their 007 fantasies can now order a special Aston Martin DB9 Bond edition. Based on the recently introduced 540bhp Aston Martin DB9 GT, the car is a run-out special built to celebrate the DB9’s 12-year life before the new DB11 replacement launches next year.

The Bond edition commemorates 50 years of Aston Martin and James Bond, and celebrates the release of Spectre, the latest film in the popular franchise. Only 150 examples will be built. 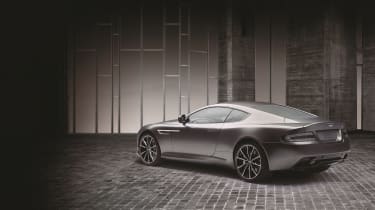 Other additions, some less subtle than others, include numbered sill plaques with the 007 logo, gun barrel embroidery on the rear seats and a Bond-themed infotainment screen. Somewhat disappointingly, the sumptuous leather seats don't appear to have an ejector function - and the bodywork is unlikely to be bulletproof.

Still, prospective owners will also be delighted to find that in addition to the car, they receive a leather Globe-Trotter trolley case containing an Omega Seamaster Aqua Terra watch. The special edition timepiece comes complete with a unique Aston Martin strap.

The DB9 GT may celebrate the release of Spectre, but Bond's vehicle of choice for his latest adventure is the DB9's bespoke younger brother - the DB10. The 150 people who manage to get their hands on a DB9 GT Bond Edition though are unlikely to be disappointed at owning an ultra-exclusive version of one of the finest luxury sports cars around.

Now read our list of the best James Bond cars and gadgets.