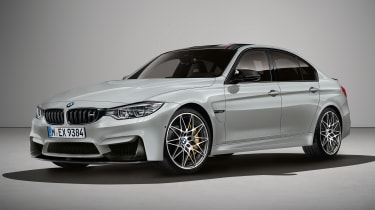 This year, BMW is celebrating its 100th birthday. Last week it launched a special Hommage model to mark 50 years of the legendary 2002. Now, however, the brand has squeezed in one more important anniversary – the 30th year of M3.

While the first two anniversaries went off with internal back pats and a pair of one-off concept cars, the M division has gone crazy and launched a road-ready M3 30 Jahre limited edition. With just 30 destined for the UK, it commands a £26,070 premium over the standard car; priced from £82,675.

The M3 30 Jahre uses the M3 Competition Package’s 444bhp 3.0-litre straight six, resulting in an identical 0-62mph time of 4.0 seconds flat. It will run on the Competition Package’s adaptive suspension, which includes upgraded springs, dampers and anti-roll bars, along with fiddles to the Comfort, Sport and Sport+ modes, the active differential and skid-control system. 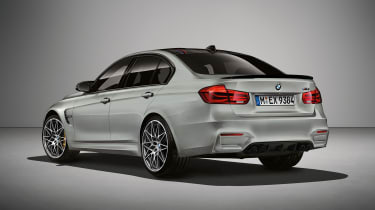 It will get the same star-spoke alloy wheels as the recent M4 GTS, as well as high-gloss exterior detailing. There’s a black chrome tailpipe trim for the quad exhausts, as well as subtle ’30 Jahre’ badging on the front gills. Carbon fibre covered the mirror caps, front splitter, rear diffuser and rear spoiler. UK cars will come with exclusive Frozen Silver metallic paint.

Inside, you’ll find a dash-mounted badge, numbered from one to 30 to show where each car sits in the limited-edition run. There’s specifically trimmed sports seats, too, along with different trim on the door sills and dash. The car gets full Merino leather trim, too, as well as Alcantara on the steering wheel. 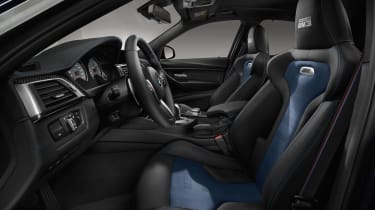 What do you think of the limited edition BMW M3 30 Jahre? Let us know below...