The new BMW 6 Series GT has debuted at the 2017 Frankfurt Motor Show, before arriving in the UK in November 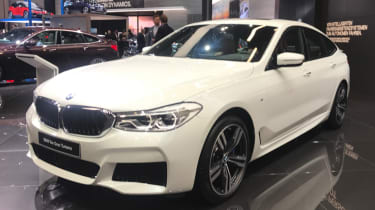 This is the new BMW 6 Series Gran Turismo, and it has officially debuted at the 2017 Frankfurt Motor Show. Billed as a replacement for the 5 GT, the new name has been chosen to reflect the ‘major step forward’ the car is claimed to have made.

BMW says the 6 GT is now better to drive, more comfortable and more efficient than before. It will launch in the UK in November, costing from £46,810. Prices rise to £57,570 for top-spec models. 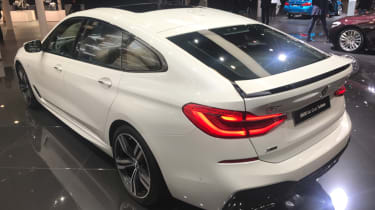 The 6 Series is 87mm longer and 21mm lower than the 5 GT, while a total of 64mm have been shaved off the height of the rear end to give a more athletic stance.

Despite that, the German brand claims the 6 GT weighs 150kg less than before and there is now more space inside for passengers. Boot capacity has increased by 20 litres to 610 litres, while folding the 40:20:40 split rear bench increases space to 1,800 litres – a 100-litre improvement. 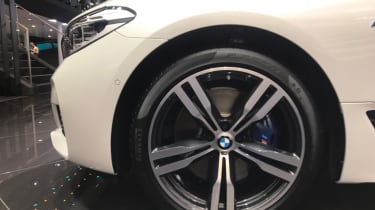 In the UK, three engines will be offered from launch: two petrol and one diesel. The petrol options are the 630i and 640i, which use a 255bhp 2.0-litre four-cylinder turbo and more potent 335bhp 3.0-litre six-cylinder turbo respectively. The only diesel option is a 630d powered by a 263bhp 3.0-litre six-cylinder engine. BMW’s xDrive four-wheel-drive system is available on all but the entry-level petrol model.

As with the 5 Series, only SE and M Sport trims will be offered, but all models feature self-levelling air-suspension on the rear axle. Two-axle air-suspension plus adaptive dampers are available as an option.

What do you think of the new BMW 6 Series Gran Turismo? Let us know below…