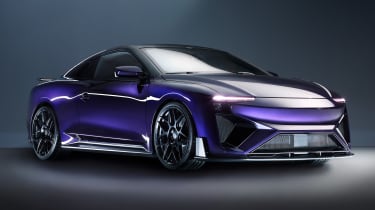 The world’s first methanol-electric car has been launched at the Beijing Motor Show, with the aim of revolutionising the new energy vehicle sector.

The Gumpert RG Nathalie sports car is the product of a partnership between Chinese tech start-up AIWAYS and sports car company founded by German engineer Roland Gumpert. Together with the help of a Danish engineering firm, Serenergy, Gumpert and AIWAYS have developed the world’s first electric car that uses methanol to produce its power.

According to founder and chief executive Roland Gumpert – former director of Audi Sport and founder of the Gumpert sports car brand that’s now known as Apollo Automobil – the new technology means that; “the car doesn’t require any plugs or electrical charging. All of the electricity is generated from the methanol.” The process involved is similar technologically to a hydrogen fuel cell where a methanol fuel cell converts the fuel into electricity, which then drives an electric engine. 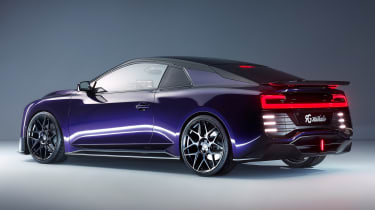 Gumpert says the car will do 1,200km (745 miles) without the need for a refill. “This technology will take over the world. There is no recharging involved and no wires to plug. With methanol you have your own powerplant inside the car,” Gumpert told Auto Express.

The only emissions from the vehicle are water and carbon dioxide. Workshop manager, Matthias Gumpert, explained that, “making methanol consumes carbon dioxide from the air so the car is zero emissions because its emissions are offset in the making of the fuel.”

Methanol can already be purchased at some forecourts in Europe and the system doesn’t need any changes in infrastructure, according to Gumpert.

Just 500 models of the sports car will be built with deliveries starting next year. The company could not yet disclose a price but said the Gumpert RG Nathalie “will be expensive.”

Where would this car rank among the greenest vehicles on today’s roads? Here’s our list of the best low-emissions cars…