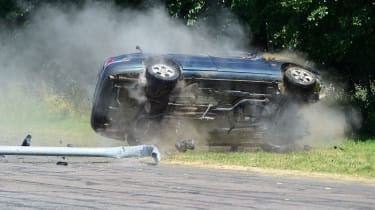 Nearly a third of people killed on the UK’s roads in 2018 weren’t wearing a seatbelt, new data suggests.

According to figures from the Police Forensic Collision Investigators (PFCI), obtained by Direct Line and the Parliamentary Advisory Council for Transport Safety (PACTS) via a Freedom of Information request, the percentage of road deaths where the victim wasn’t wearing a seatbelt has increased from 25 per cent in 2016, to 31 per cent in 2018.

Official figures from the Department for Transport (DfT) previously suggested the figure was 26 per cent in 2018, but this new data reveals the actual number could be higher. Upon receiving the PFCI data, Direct Line worked with PACTS to publish a report to better understand the scale of the problem of unbelted deaths.

Based on more than 1,000 records obtained from the PFCI, the report suggests as many as 261 people were killed on the UK’s roads while not wearing seatbelts in 2018. In the data, the proportion of incidents where seatbelt status was known was 85 per cent - for the DfT data, it was just 50 per cent.

The reason for this is that the PFCI data comes from reports conducted by highly trained police officers, who have more time to complete their reports in order to reach a standard of evidence recognised by the courts. 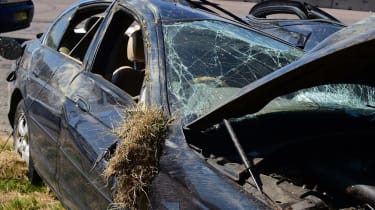 In contrast, DfT data is usually collected by response officers at the scene, by phone or online, with some data based on reports by the public at a police station.

The fine for not wearing a seatbelt stands at £100, rising to £500 if the case goes to court. However, drivers do not receive penalty points on their licences for this offence at present. This is something the DfT is considering changing, though, following a recommendation to do so by PACTS.

David Davies, executive director of PACTS, said: “Not wearing a seat belt is one of the ‘fatal four’ road safety risks, but the one that gets least attention. Using the Freedom of Information Act, we obtained data from highly skilled Police Forensic Collision Investigators and discovered that the percentage of people dying in cars, when not wearing a seatbelt, is even higher than reported in official figures last year.

“We also found that vital information about the causes of crashes and injury is not being routinely published. Only some PFCIs are consulted by their police colleagues and the local authorities who submit the casualty records to the Department for Transport for publication. This happens in some areas of the UK. We want it to become standard. This more accurate and detailed information could be used to prevent further deaths and serious injury.”

For the latest automotive news, visit our dedicated hub page.