Drivers may be relying on daytime running lights in dull, overcast conditions, often leaving the rear of their car without illumination 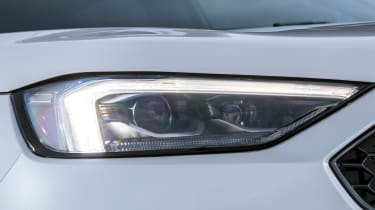 Drivers are confused by daytime running lights (DRLs) and what the legal requirement for them being fitted to vehicles is, according to new research.

An RAC Opinion Panel survey of 2,061 motorists found 62 per cent of drivers said they have seen other cars and vans driving in dull, overcast conditions without any rear lights on, while noting they did have lights on at the front; 15 per cent said they hadn’t noticed this and 23 per cent were unsure.

DRLs have been legally required to be fitted at the front of all new EU cars and small vans since 2011, but even though some manufacturers choose to include them at the rear, this is not compulsory.

RAC road safety spokesperson Pete Williams said: “This is potentially a very worrying finding as it implies that many motorists are driving without any rear lights believing that because they have running lights that switch on automatically at the front, they are also on at the rear.

“Alternatively, and arguably just as concerning, these drivers could simply have decided the light conditions were not bad enough to merit turning on their dipped lights or sidelights.”

He advised drivers to check whether their cars were fitted with DRLs or not and if they’re just at the front or at the rear as well.

These are the best car headlight bulbs on sale...