What are LED headlights and how do they work? 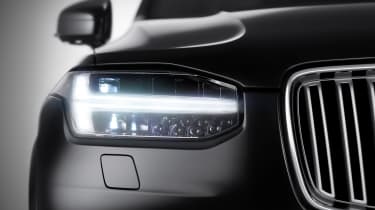 Most people are aware that LED stands for Light Emitting Diode; however, less well known is that LED car headlight units can bring an increase in cost and complexity over halogen bulbs, and also an increase efficiency and adjustability – thanks in part to the diminutive proportions and power usage of each diode.

Most new cars come with LED daytime running lights, but full LED headlights are not industry standard (yet). As manufacturers chase reduced fuel consumption and lower emissions, easing the electrical strain on a car has become more important, and that is exactly what LED lights help do.

They produce crystal clear light, which when combined with matrix light technology (explained later) offer huge advances in adaptability and illuminating power over standard LED, xenon and halogen headlamps. A negative to the LED units, especially of the matrix kind, is replacing the unit can be incredibly costly.

That being said, full LED headlights are likely to keep increasing in prevalence and spending the extra money might be an advantage down the line come sale time. Also, if you are less than confident when driving at night, LED matrix lights could go a long way to helping you.

How do LED lights work?

An LED is simply a semiconductor which emits light when a current is passed through it – they only work with current flowing in one direction, mind. Due to requiring relatively little current to illuminate, the energy drawn from the battery (and therefore the engine) is less than halogens and xenons.

Current flows from cathode to anode passing through a semiconducting material, which is a material which had a conductivity somewhere between metal and rubber, made by adding a material that conducts electricity to an insulating material. The semiconductor then emits photons, which is then illuminate the road ahead. 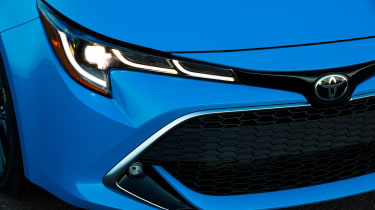 Due to the simplicity of the LED, there is very little to go wrong with them, which is why they are predicted to last well over a decade. That said, LED headlights haven’t been around long enough to establish how long they will last for when used on the open road.

What are adaptive LED lights

What are LED Matrix lights and how do they work?

In mathematics, a matrix is defined as a rectangular array of numbers organised in rows and columns which are treated as a single entity. Swap out ‘numbers’ for ‘LEDs and mirrors’ in that definition and you should be able to imagine, as a rough concept, what an LED matrix headlight is.

• What are night driving glasses and do they work?

LED matrix headlights work by teaming a collection of LEDs and mirrors with a collection of sensors and camera(s). The latter scan the road ahead to identify traffic and changes in road conditions – such as a sharp turn.

They then use this data to illuminate, dim or even turn off each LED within the matrix, with the ultimate goal of keeping as much of the road lit up with the maximum amount of light. Because of these attributes, matrix LED lights are also referred to as adaptive lights.

Enjoyed this tips and advice article? Then take a read of our explain-all piece on daytime running lights.