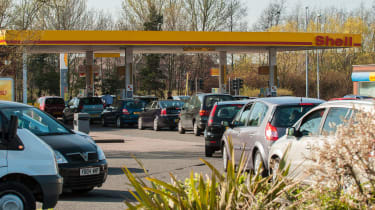 99 per cent of fuel thefts in the UK go unpunished, new data has revealed, as it transpires £1.75 million of fuel – including petrol, diesel, kerosene, paraffin, coal and gas – is being stolen across the country each year

Some £1,113,074.98 of fuel was stolen in London in 2018, the Metropolitan Police Service revealed in response to a Freedom of Information request by Crown Oil. Of the UK’s 45 other police forces, 22 responded to the FoI to say they’d seen another £638,217 of fuel stolen in the same year. In spite of this, though, only one per cent of all fuel thefts in 2018 resulted in a prosecution.

The most common type of fuel theft was drivers leaving petrol stations without paying – making up 80 per cent of the figures – but the statistics also included petrol and diesel being stolen from vehicles and other fuel types being taken from commercial premises.

From the data, Crown Oil calculated that, on average, each theft cost its victim £91.21 – extrapolated across the estimated 120,000 total fuel thefts in the UK in 2018, this works out as a total national cost of £9 million.

Matt Greensmith, managing director of Crown Oil, commented: “These findings confirm our suspicions – fuel theft occurs far too often across the country and costs businesses and individuals alike millions of pounds a year, whilst the nature of the crime often means a reported theft will go unpunished.”

Do you think the police should crack down harder on fuel thefts? Let us know in the comments below...