'Hold your nerve for incredible new-car deals this year'

Being brave and holding your nerve can lead to some great new-car deals, says Editor-in-chief Steve Fowler 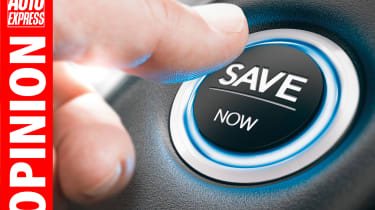 We've always recommended that buying towards the end of a month – or even better, the end of a quarter – could prove fruitful. Dealers are more likely to hand over a larger proportion of their profit margins to buyers who help them hit their end-of-period sales targets, which bring lucrative bonuses with them.

But in the weird and wonderful times we currently live in, there’s an added incentive for car makers and their dealers to shift stock before the end of 2019. And a hitherto unseen desperation to do so, with massive financial backing that’s playing into the hands of buyers.

Next year a new European Commission regulation comes into force that means all car makers have a fleet-wide average emission target for new cars of 95g/km of CO2. Failing to hit that average will result in big fines.

As usual, there are horribly complex calculations involved, but the bottom line is that every car maker needs to sell more cars that emit lower levels of CO2 than they do cars with higher levels of emissions.

It also means that ultra-low CO2 cars – either pure-electric or plug-in hybrid models that emit less than 50g/km of CO2 – are in effect worth double towards the CO2 target in 2020. Expect them to be marketed hard next year – much more than they have been in 2019.

What this means is that, in the remaining weeks of the year, car makers will be desperate to sell you a car that, if left unsold until 2020, could cost them dearly when it comes to calculating that average CO2 figure. They’d rather take this pain now than even more pain next year.

One senior industry figure told me that he – and his counterparts at other manufacturers – have millions to spend persuading people to buy these cars in 2019. And among the companies with the most to spend are some of the premium brands you wouldn’t expect.

The clock is ticking, the deals are getting better and better. If you’re going to buy in 2019, leave it as late as you dare.