“Some local authorities remain addicted to running their fleets on diesel” 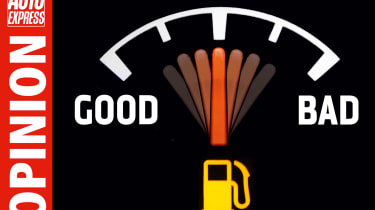 Heard the one about the 40-a-day smoker who refuses to quit while objecting to others who smoke? The serial adulterer who rarely goes home at night but preaches family values? The alcoholic who argues that it’s okay for him – but not others – to drink?

Such folk exist and they are, of course, entitled to their opinions. But so am I. With all that in mind, my verdict on people such as this is that they’re at best gross hypocrites with zero credibility. Their ‘do what I say, not what I do’ approach proves how genuinely unreasonable and arrogant they are. Sure, they’re masters at the art of preaching – but know not how to practice what they preach.

• Is your council a clean-air hypocrite?

Equally hypocritical are the growing swathes of politicians determined to bludgeon you out of your traditional cars or vans, while believing they’re somehow entitled to use theirs. Labour’s John ‘Two Jags’ Prescott (the least impressive Transport Secretary I’ve ever met) was one of the worst for double standards, but wasn’t alone in saying one thing before doing another. For example, when Boris Johnson was Conservative Mayor of London he ‘called me in’ to advise on how his office could persuade/force the public to switch from petrol or diesel to electricity. This at a time when he didn’t have a single pure-electric vehicle in his colossal mayoral fleet of cars, vans and trucks. What textbook examples of double standards.

Now some local authorities and other ‘rulers’ can class themselves among Britain’s most active hypocrites. How come? Because, as we exclusively revealed last week, many of these holier-than-thou motorist-loathers bang on endlessly about the evils of diesel cars – while they remain addicted to running large fleets of cars, vans and trucks that run on the same fuel. They’ve got one casual and convenient set of standards for themselves, then another punishing list of expensive rules for the rest of us. What’s all that about? Where’s the democracy, justice, equality and sense of fair play?

The politicians who run the local authority fiefdoms of London and Bristol should be particularly embarrassed for leading the almost evangelical war against members of the public who use diesels, while they themselves run their large fleets of council vehicles that are, respectively, 89 per cent and 81 per cent diesel-powered. Oops! Honestly, the overwhelming stench of hypocrisy is sickening. Why aren’t they leading by example?

Equally important is that the time has finally arrived when strong legal challenges must be lodged against councils who are in effect trying to ban private cars or price them and their humble drivers off the road. The collective might of diesel car/van manufacturers, fuel retailers and big, wealthy players on the sidelines (the likes of the well financed AA and RAC, for example) must now step up, speak out and be prepared to fight fire with fire in the courts.

If the current system of cruel discrimination against some private motorists is Britain’s idea of modern-day justice, then I’m John Prescott. Yuck.