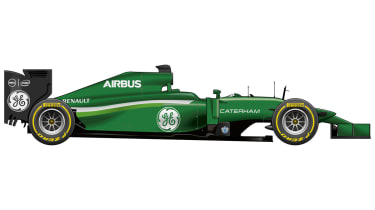 Boss Tony Fernandes, who also owns Queens Park Rangers football club and Air Asia, is reportedly losing patience with his F1 team, so the pressure is on for 2014.

Caterham has generally been quicker than tail-end rival Marussia, but reliability has held it back. It’s all change on the driver front, with Giedo van der Garde and Charles Pic replaced by Marcus Ericsson and Kamui Kobayashi.

After a middling junior formulae career, Ericsson seems unlikely to turn into a superstar, while Kobayashi may not be able to pull off his Sauber heroics at the back of the grid.

Our verdict: Must do better – 2014 is the year Caterham has to start worrying the lower midfield teams, otherwise its days in the sport could be numbered.