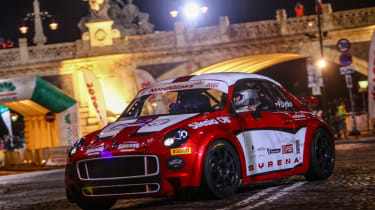 Remember the FSO Syrena? No? The formally Soviet-owned brand built 500,000 of them between 1957 and 1983 in Poland, and now the model name is back with a vengeance.

Polish corporation AK Motor International has produced this; the Syrena Meluznya R. It's based on the standard Meluznya, a tiny €8,000 coupe which launches this year in Poland. With styling that's part Audi TT, part Nissan Figaro, the R is a €60,000 limited edition racing car. 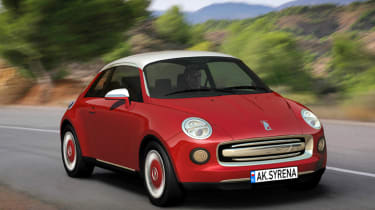 Only 25 will be made for track use only, with a hand built tubular steel space frame chassis and composite body inspired by the original Syrena. It weighs just 1,100kg, but while the standard car is powered by a 1.5-litre petrol engine, this gets a 2.0-litre turbocharged unit from the Mitsubishi Lancer Evo X.

That, and the fact it also has four-wheel drive, allows the Syrena to sprint from 0-62mph in just 3.8 seconds. The standard Meluznya is reportedly on sale in Poland this year, but don't expect either this or the R to appear in showrooms over here any time soon.

What do you think of Syrena's left-field offering? Let us know below...