New BMW 730i: the four-cylinder 7 Series is coming

BMW's new 7-Series gets 2.0-litre petrol engine from MINI and smaller BMW range, not confirmed for UK yet 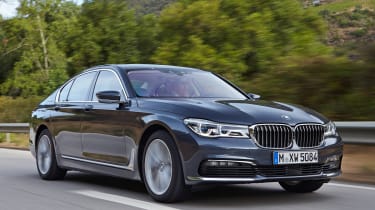 BMW's 2016 7-Series has only been on sale a matter of months, but it's already getting downsized under the bonnet. The Munich firm has quietly revealed a new four-cylinder '730i' variant in Turkey and China, and it should come to the UK.

The 730i will gets the same 2.0-litre direct-injection turbocharged petrol you'll find in hotter MINIs, like the Cooper S and JCW, and across smaller BMW model ranges like the 3-Series and 1-Series. It'll be the first time anything less than six-cylinders has been offered in the big Seven. 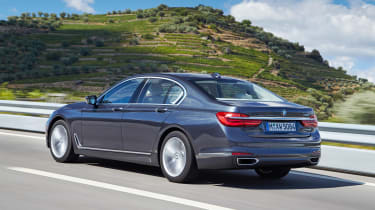 Malaysian automotive news blog Paul Tan first reported the announcement, as details first crept out in China and the model designation appeared on BMW's Turkish website. A BMW Europe source has confirmed to Auto Express that the engine is under evaluation for our markets.

Although the decision to offer the 730i in Europe and the UK is yet to be made, we could predict it will become the cheapest model, with a starting price of around £60k.

Is the four-cylinder 7 Series a good idea? Let us know in the comments section below...