Classic Motor Cars brings back one of the most beautiful cars in the world, will go on display at the London Classic Car Show 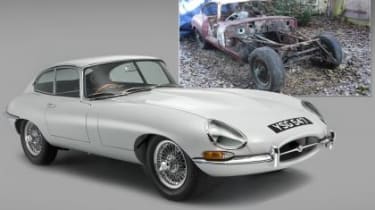 It’s a real labour of love doing a ground-up nut-and-bolt restoration of any car – especially one with a history behind it – but Bridgnorth-based restorer Classic Motor Cars (CMC) has taken on the challenge, and succeeded. The car in question is a 1961 Jaguar E-Type fixed-head coupe that made its debut at the 1961 Scottish Motor Show.

The E-Type is chassis No.15 – the fifteenth right-hand-drive fixed-head coupe E-Type to leave the production line, and its first outing was as a press car at the Scottish Motor Show in November 1961. After moving on to private ownership, it went missing for decades – until CMC discovered it, hidden in a barn in Cernay, France. 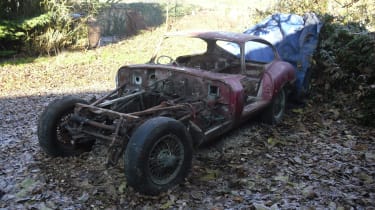 That was in late 2013, and since then, some 2,956 hours have been spent ensuring every detail is as perfect and original as is possible. Nick Goldthorp, Managing Director of CMC said: "The car was underneath some covers in a garden, very rusty and corroded – there was even a bird’s nest in the rear quarter! We carried out a full nut and bolt restoration, which proved to be quite a challenge due to the sorry state in which it was found."

"No detail was too small and extensive work has been carried out in the paint and trim shops so that the car can now boast its original colour combination of pearl grey exterior and light blue interior."

CMC has experience restoring E-Types, having worked on some of the most historic of the breed. Some highlights were Lofty England’s Chassis No.4, the Lindner-Nocker Lightweight, and 1VHP, which was the first right-hand-drive fixed head coupe off the production line.

• Jaguar E-Type: history of an icon

As a Series I E-Type, No.15 will boast Jaguar’s 3.8-litre straight-six engine mated to a four-speed manual transmission. Performance was brisk even by modern standards – 0-60mph took just 6.4 seconds, though we doubt the show car will be laying down any track times! 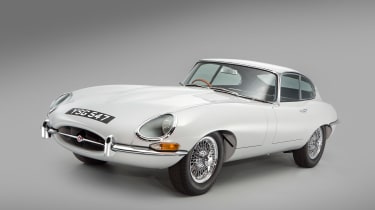 55 years after its debut at the Scottish Motor Show, it’s only natural that the newly-restored No.15 E-Type should go back on display – and it will do just that. You can see the car at CMC’s stand at the London Classic Car Show from February 18-21.

What do you think of this Jaguar E-Type restoration? Let us know in the comments below...